Every July 4, when America celebrates its Independence Day, the Carnegie Corporation honours the legacy of its founder Andrew Carnegie 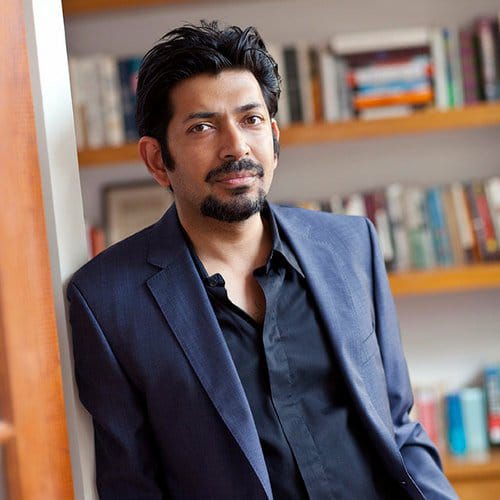 Two renowned Indian-Americans who have contributed towards the efforts in mitigating the Covid-19 health crisis are among the 38 immigrants honoured by a prestigious American foundation ahead of US Independence Day commemoration this year.

Pulitzer Prize-winning author and oncologist Siddhartha Mukherjee, and Professor of Economics at Harvard University Raj Chetty have been named by the Carnegie Corporation of New York as '2020 Great Immigrants' honourees, the Corporation said in a statement on Wednesday.

Born in New Delhi, Mukherjee is a noted biologist, oncologist and the author of several acclaimed books, including the Pulitzer Prize-winning 'The Emperor of All Maladies: A Biography of Cancer'.

Since 2009, he has served on the faculty of Columbia University, where he is associate professor of medicine and a practising physician at New York-Presbyterian Hospital. In 2014, Mukherjee was awarded the Padma Shri, one of India's highest civilian honours.

The Carnegie Corporation said that during the Covid-19 pandemic, Mukherjee has used his "gifts as a science communicator" to educate the public about the virus through essays, in media interviews, at public forums, as well as through his social media accounts.

Mukherjee has stressed the importance of following guidelines to social distance, wear masks and to self-isolate when necessary, it said.

In May, he was selected by New York Governor Andrew Cuomo to serve on a 15-member Blue-Ribbon Commission focusing on improving tele-health and broadband access in response to the Covid-19 health crisis.

Raj Chetty, who was born in New Delhi, has been one of the youngest professors to be granted tenure in Harvard's history.

In addition to his position as the William A Ackman Professor of Economics at Harvard University, Chetty directs Opportunity Insights, a research lab that aims to identify barriers to economic and social mobility and develop scalable policy solutions to overcome them, the Corporation said.

He helped launch a resource to monitor the real-time economic impact of Covid-19 on people, businesses and communities across the United States. This tool enables policymakers to make evidence-based decisions that balance vital public health priorities with the economic needs of their communities, it said.

"Chetty is optimistic about the potential of big data to inform policy and revive the American dream for the next generation, including immigrants - like his own family - who have long pinned their hopes on its promise," the corporation said.

"For us and many immigrants, that's what America's all about. If you work hard, you can move up, you can do whatever you want. The sky's the limit,” the Corporation quoted Chetty as telling the Harvard Gazette.

Every July 4, when America celebrates its Independence Day, the Carnegie Corporation honours the legacy of its founder Andrew Carnegie, a Scottish immigrant who rose from poverty to become a leading industrialist, by recognising an eminent group of immigrants who have made notable contributions to the progress of the American society.

In 2020, the corporation honours 38 naturalised citizens "who have enriched and strengthened our nation and our democracy through their contributions and actions," it said.

"Great immigrants have come from different backgrounds and have pursued different worthwhile goals. But collectively, they have shared a desire to become citizens and have made our democratic society stronger. For all of their efforts, we salute them," president of Carnegie Corporation of New York Vartan Gregorian said.

The corporation said a third of this year's honorees are helping the global health crisis recovery efforts by serving as nurses and doctors, as well as scientists who are striving to find effective treatments and a vaccine for Covid-19.

Clergy and community leaders who are providing food and vital services to those in need are also among those being honoured.

The 2020 honorees, who join more than 600 outstanding immigrants honoured by the Corporation since 2006, are recognised with a full-page public service announcement in the New York Times and a social media tribute on the Fourth of July. PTI