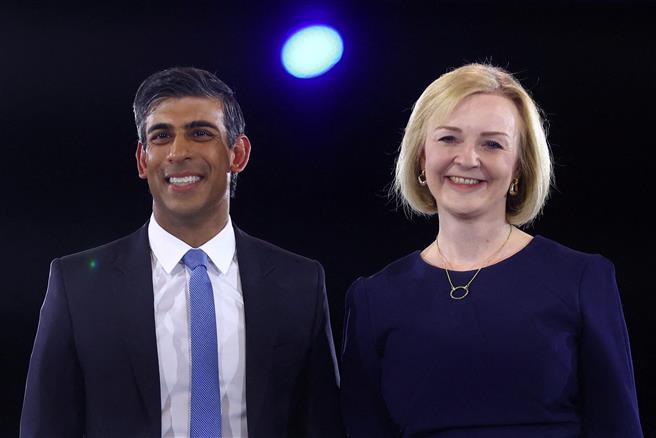 If elected, 42-year-old Sunak will go on to make history as the first Prime Minister of the UK of Indian heritage -- whose Indian grandmother migrated to Britain over 60 years ago from East Africa.

The final countdown in the over six-week-long gruelling campaign for the governing Conservative Party to elect a new leader who will succeed ousted Boris Johnson as British Prime Minister is now underway, with the winner between Rishi Sunak and Liz Truss to be declared on Monday.

The winner of the contest will be announced on Monday at 12:30 BST (17:00 IST) by Sir Graham Brady -- chair of the 1922 Committee of backbench Tory MPs and returning officer of the leadership election.

If elected, 42-year-old Sunak will go on to make history as the first Prime Minister of the UK of Indian heritage -- whose Indian grandmother migrated to Britain over 60 years ago from East Africa.

The son of a doctor father and pharmacist mother, who is married to Infosys co-founder Narayana Murthy's daughter Akshata Murty, had shared his personal journey as he launched his leadership bid back in early July.

“Sixty years after my Naniji boarded a plane in East Africa, on a warm sunny evening in October, her great-granddaughters, my kids, played in the street outside our home, painted Rangoli on the doorstep, lit sparklers and diyas; had fun like so many other families on Diwali. Except the street was Downing Street, and the door was the door to No. 11,” said Sunak, with reference to being the UK's first Indian-origin Chancellor at No. 11 Downing Street.

Since the launch of his campaign, he was a clear frontrunner for his parliamentary party colleagues who voted him through as a finalist in the race to succeed Johnson.

Foreign Secretary Truss, who came in second in those ballots of Tory MPs, has since dominated the race among the wider party electorate who have been voting online and by post to elect their new leader.

The 47-year-old pitched her campaign on the pledge of immediate tax cuts to tackle the cost-of-living crisis facing the country, in contrast with Sunak's approach of wanting to focus on fighting soaring inflation and using targeted measures to offer support for the crisis.

This has been the key issue dominating the campaign, overseen by the Conservative Campaign Headquarters (CCHQ).

“I'd like to thank Rishi Sunak and Liz Truss for participating in what, at times, must have been a gruelling schedule in good spirits and giving our members the opportunity to question them up front and personal, answering over 600 questions and putting themselves under the spotlight,” said Conservative Party Chairman Andrew Stephenson.

The two finalists in the race will find out around 10 minutes before the public announcement as to who between them has clinched the top job at 10 Downing Street.

The newly elected Tory leader will make a brief acceptance speech soon after at the Queen Elizabeth II Conference Centre in central London -- near Downing Street.

The rest of Monday will involve the winning candidate putting the final touches to his or her Cabinet posts.

On Tuesday, the day will begin with a farewell speech by outgoing Prime Minister Boris Johnson on the steps of his Downing Street office one last time before he is flown out to Aberdeenshire in Scotland for his audience with the Queen to formally resign as the head of government.

Hours later, his successor will arrive separately in Scotland to be formally appointed Prime Minister by Queen Elizabeth II at her Balmoral Castle residence -- marking the first time in history that the appointment is made outside of England and Buckingham Palace as the 96-year-old monarch reduces her travels with age.

Later on Tuesday afternoon, the newly appointed Prime Minister will arrive back at Downing Street to make his or her inaugural speech before getting on with the task of announcing key Cabinet posts.

Essential security briefings and handing over of nuclear codes are expected to also take place during the course of the day by senior officials.

On Wednesday at 12 noon (local time), the newly elected leader of the Conservative government will address their first Prime Minister's Questions (PMQs) in the House of Commons.