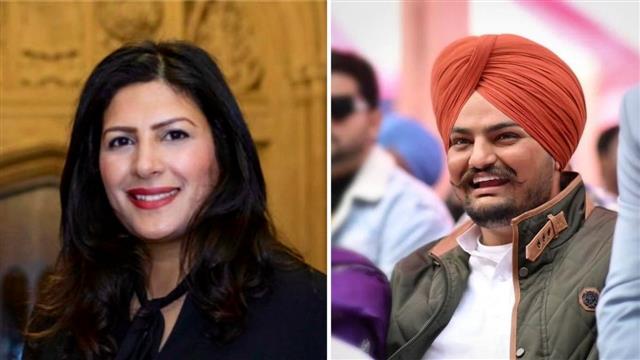 A video of the stadium with Sidhu Moosewala’s song was posted by Birmingham MP Preet Kaur Gill on Twitter.

It was not just a power-packed musical evening with bhangra performance from ‘Apache Indian', Punjab singer Sidhu Moosewala’s song ‘295’ was also included in the closing ceremony of Commonwealth Games at Alexander Stadium in Birmingham.

A video of the stadium with Moosewala’s song was posted by Birmingham MP Preet Kaur Gill on Twitter.

The video was well received with many commenting, “Nice to see a tribute to sidhu moosewala”, “295 song ...good achievement of sidhu moosewala ...don't forget”

Moosewala was shot dead on May 29 at his village in Mansa.

More than 4,500 athletes competed from 72 countries over the past 11 days at the games.

India finished with 61 medals, five less than their tally four years ago at Gold Coast.

It was followed by model-cum-activist Neelam Gill, who was driven in a yellow MG, while Punjabi MC played out ‘Mundiyan To Bach Ke' to a packed stadium, celebrating Birmingham ‘daytimers' culture -- the 80s and 90s cultural phenomenon.

Panjabi MC blasted their hit number 'Mundian To Bach Ke' with a performance by Lions of Punjab, a Midlands-based Punjab Bhangra dance group, with over 85 years of history also performed.