Sikhs, who represent major share of truckers, protest against Canada's vaccine mandates as Trudeau and his family leave their Ottawa home 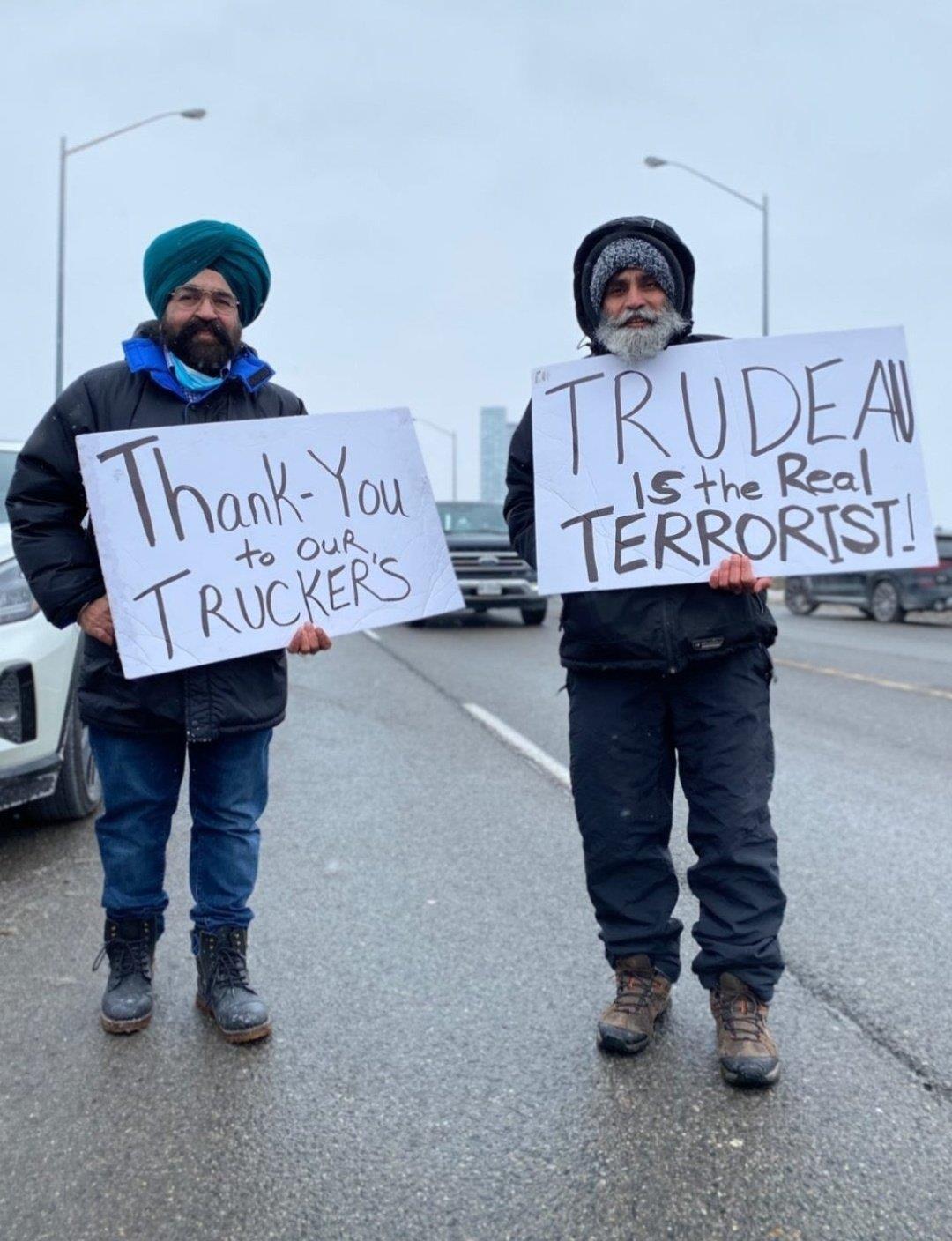 Sikhs represent a major share of truckers in each US and Canada. Pic: Social media

Hundreds of trucks and thousands of protesters, most of them Sikhs migrated from India, have blocked the streets towards downtown Ottawa to protest against the government's vaccine mandates required to cross the Canada-US border.

The protest is part of a self-titled 'Freedom Convoy 2022', which started out as a rally of truckers against the requirement that Canadian truck drivers crossing the border into the US be fully vaccinated as of mid-January.

After being joined by thousands of other protesters, it then turned into a demonstration against the government's overall restrictive measures during the Covid pandemic.

The crowd gathered around the Parliament Hill, waving flags and banners and chanting slogans against Prime Minister Justin Trudeau, who is self-isolating after one of his children tested positive for the coronavirus.

Let’s raise voice for Truckers 🙏
1000s truck drivers who were protesting against Canadian Govt are now stranded in -30 °C ,No Food..No Water !

PM @JustinTrudeau They are not terrorists but your own citizens…come out of hideout and solve their issue 🙏#TruckersForFreedom2022 pic.twitter.com/uPNNQBkloQ

The increasing number of protesters prompted police to prepare for the possibility of violence. As of now, no injuries or deaths have been reported.

Parliament members were advised by the head of House of Commons security, Sergeant-at-Arms Patrick McDonell, to "go somewhere else" if a demonstration occurred at their personal residences or constituency offices, and to "refrain from posting anything related to the demonstration on social media".

Due to security concerns, Trudeau and his family left their downtown Ottawa home, the CBC reported.

His office said it does not comment on security matters.

Ottawa’s mayor said the city’s residents were “prisoners in their own homes” as the Freedom Convoy trucker protests continued.

Leaders of the demonstrations vowed on Sunday to stay in the Canadian capital “as long as it takes” for the government to fold and withdraw vaccine mandates.

“Canadian truckers rule” Elon Musk tweeted on Friday, including, “When you scare folks sufficient, they’ll demand removing of freedom. That is the trail to tyranny.”

Sikhs represent a major share of truckers in US and Canada, with estimates of 150,000 and 200,000 personnel commanding as much as 40 per cent of the enterprise. Lots of them are part of the US-Canada provide chain and they’re mentioned to be resentful of the vaccine mandates and different Covid protocols.

There are allegations that the protest is being hijacked by radical White truckers politically against Trudeau for causes aside from vaccine mandates. The division got here to the fore when Jagmeet Singh, chief of the New Democratic Occasion, a Trudeau ally, denounced the protest saying a number of the folks behind it are pushing “false info” with “inflammatory, divisive and hateful feedback.” With inputs from IANS/Reuters