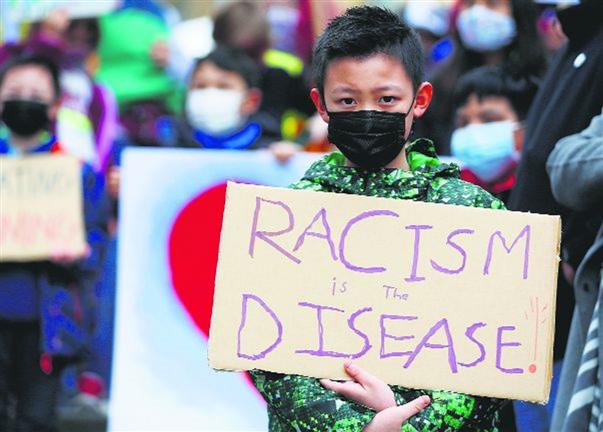 A former lecturer at a polytechnic in Singapore on Friday apologised for making racist remarks against an Indian-Chinese descent couple, according to a media report.

"On Jun 5, 2021, I had an encounter in public with Mr Dave Parkash and his partner, Ms Jacqueline Ho. During that encounter, I made several unwelcome comments about cross-cultural relationships. The comments were unacceptable. I am deeply sorry for what I said," Tan said in a statement.

"What happened that evening was out of character for me. I have been struggling with a personal matter which has caused me much grief and pain. Nevertheless, my personal problems are no excuse for my actions," he said.

"I have apologised to Mr Parkash, Ms Ho, and their families. I now wish to apologise to those in the wider Singaporean community whom I have hurt and offended with my words," the Channel quoted Tan as saying.

In the video uploaded by Parkash, Tan can be heard telling the man and his girlfriend Ho to date people of their "own race".

Tan, who acknowledged he is a "Chinese Singaporean", then added, "I've got nothing against you personally, but I think it's racist that the Indian prey on a Chinese girl." When Parkash called him a racist, Tan agreed that he was.

In the video, Parkash said he is "half Indian, half Filipino", while his girlfriend is "half Singaporean Chinese, half Thai".

Tan is also accused of making Islamophobic remarks in class in 2017, according to an online post by an NP alumna.

The police are investigating Tan's racist remarks, according to the report. — PTI