Tanner Fox, 21, and Jose Lopez, 23, are both charged with first-degree murder 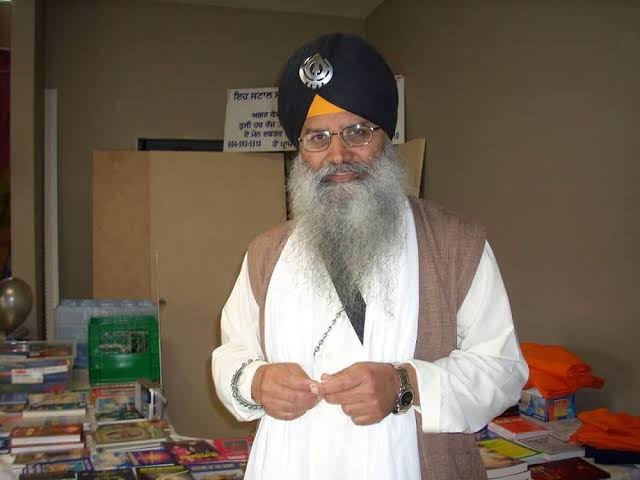 Canadian police have arrested two men and charged them with first-degree murder in the targeted shooting of Ripudaman Singh Malik, the Sikh man acquitted in the tragic 1985 Air India Kanishka terrorist bombing case that killed 331 people.

On July 15, Malik was shot dead in Surrey, British Columbia. Malik and co-accused Ajaib Singh Bagri were acquitted in 2005 of mass murder and conspiracy charges related to the two bombings in 1985.

The 1985 Air India bombing is among the worst terrorist attacks in Canadian history and in the history of the airline.

Tanner Fox, a 21-year-old from Abbotsford, British Columbia, a city about 75 kilometres east of Vancouver and 23-year-old Jose Lopez, from the Vancouver suburb of New Westminster, were both arrested on Tuesday, said the Royal Canadian Mounted Police at a news conference in Surrey on Wednesday.

Police were tight-lipped, only saying the two were arrested peacefully in their respective cities and that collaboration between police helped lead to the arrests, the Toronto Star newspaper reported.

“Through conventional investigative techniques and amazing police work, we were able to identify and arrest two suspects in relation to this homicide. Both of these individuals are known to police,” said superintendent Mandeep Mooker, a spokesperson for the Integrated Homicide Investigation Team (IHIT).

“No matter where the investigation goes and no matter how these charges turn out, we have lost a great man,” said Jaspreet.

“We are glad the IHIT team has made progress and we support the work they're doing. At the same time, we are saddened that these two young men made such poor life choices. We trust the justice system to deal with them properly and fairly,” he said.

Jaspreet said police have not told the family any more than it has divulged publicly, and did not want to speculate on why his father was targeted.

The IHIT says the probe into the slaying of controversial Surrey businessman Malik continues despite first-degree murder charges being laid on Wednesday, the Vancouver Sun newspaper reported.

Fox, who grew up in Abbotsford, and Lopez, of New Westminster, both appeared in Surrey provincial court on Wednesday and have been remanded in custody until their next court date on August 10.

Lopez was charged in Kelowna last summer with nine criminal counts, including possession of a firearm with ammunition, pointing a gun, violating a court order to possess firearms and resisting arrest.

Fox was convicted this past April of resisting or obstructing a peace officer and sentenced to four days in jail. Last fall, he was charged with aggravated assault related to a New Westminster incident. He was released on bail.

He was earlier convicted of assault causing bodily harm related to a November 2019 stabbing in Abbotsford and sentenced to 119 days in jail, as well as a 10-year firearms prohibition.

Malik was shot while sitting in his car at a Surrey business complex, of which he was the strata president, on July 14. A suspect vehicle was found on fire nearby, according to RCMP, who at the time said the shooting appeared targeted.