The post-Brexit changes will include the border being managed digitally 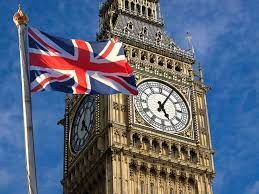 The post-Brexit changes will include the border being managed digitally

UK Home Secretary Priti Patel is set to unveil a new US-style digital visa regime at the country's borders to measure immigration levels in and out of the country, according to UK media reports on Sunday.

The senior Indian-origin Cabinet minister is to confirm the so-called "sweeping changes" to the UK's immigration policy to "streamline" how people come into the country on Monday.

The post-Brexit changes will include the border being managed digitally, which the government says will be easier to navigate for businesses and allow for the first time to accurately count people in and out of the UK.

“Our new fully digital border will provide the ability to count people in and out of the country, giving us control over who comes to the UK,” Patel was quoted as saying in the ‘Observer'.

"Our new approach will make it easier to identify potential threats before they reach the border. The British people will have confidence that the strongest controls are in place to keep them safe," she said.

The UK Home Office hopes to make entry to the UK fully digital by the end of 2025.

It means people wanting to come into the UK without a visa or immigration status will have to apply for an Electronic Travel Authorisation (ETA), similar to the US system, with 30 million applications expected to be processed every year.

As well as launching her latest immigration plans, Patel will also focus on failings in the asylum system and the need to crack down on people smugglers. Earlier in the week, she was filmed accompanying police as they arrested suspected ringleaders of a people-smuggling gang that used minicab and lorry drivers to move migrants in and out of the UK.

The British government has said that in the past 10 days, more than 140 foreign criminals have been removed from the UK, totalling more than 700 so far this year. PTI