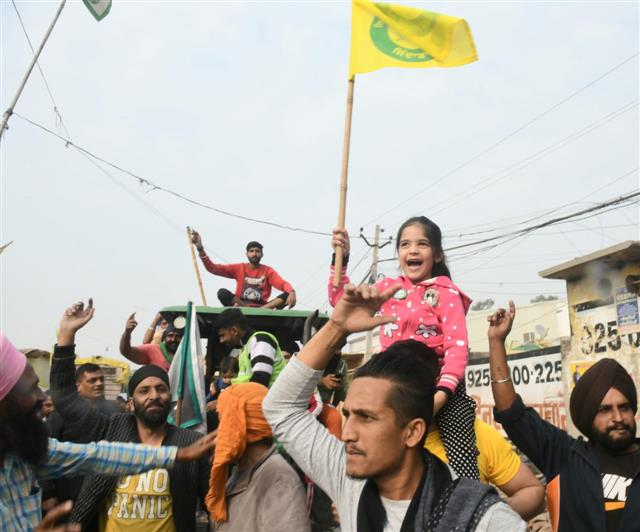 Punjabi NRI MPs and MLAs have termed the announcement made by the Prime Minister Narendra Modi-led Union Government to repeal the three farm laws as victory for farmers.

UK MP Tanmanjeet Singh Dhesi tweeted: “Given #FarmersProtest valiant struggles, glad the controversial farm laws being repealed. Sections of media and establishment busy labelling farmers and those standing in solidarity with them as terrorists and separatists may well want to apologise”.

Another UK MP Preet Kaur Gill said in a tweet:“Huge victory for Sikh farmers and Indian farmers unions, who had fought hard for the repeal of what they called the “black laws’. The largest social movement in the world has affected change as Narendra Modi now commits to repealing laws”.

UK MP Seema Malhotra tweeted: “This hugely welcome news that India will be repealing its three controversial farm laws, more than a year after the start of widespread protests against them is a huge victory for the farmers and families who protested against them and sacrificed so much”.

In another tweet, she said: “Thank you to the farmer families and communities affected by the proposed changes who raised their concerns and supported the farmers - and the brave journalists and campaigners who stood with them”.

Its Way to Success”.

These Punjab-origin UK and Canadian MPs and MLAs have been supporting the farmers’ protest since its start. They had also condemned the use of water cannon and police force on farmers when they were marching towards Delhi for the protest last year.