Voices of Punjabi diaspora getting shriller for farmers

Hundreds of Sikhs are adding volume to the protests in the US, Britain, Canada and Australia, to draw the attention and express solidarity with their Sikh brethren back home 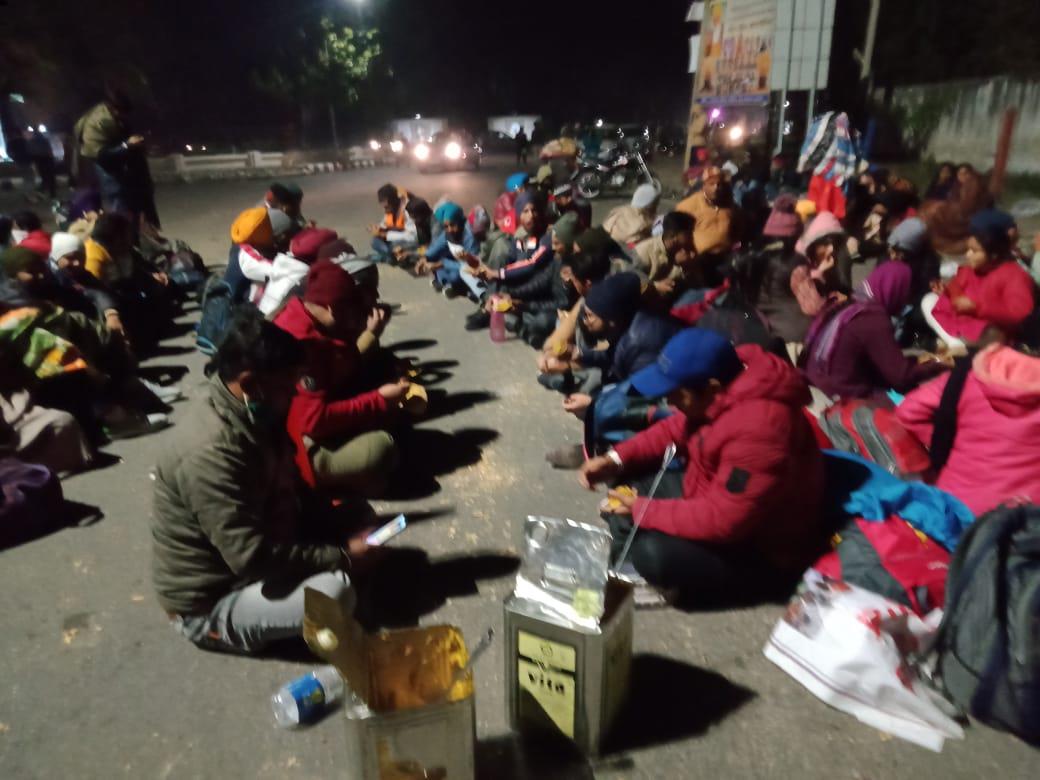 Voices of Punjabi diaspora across the globe, standing for the dignity and rights of the protesting farmers in India, have been going louder and shriller.

Hundreds of Sikhs are adding volume to the protests in the US, Britain, Canada and Australia, to draw the attention and express solidarity with their Sikh brethren back home.

The latest protest was during the Australia-India day and night test match outside the Adelaide Oval where the protesters, holding placards displaying "We stand with farmers", demanded the Indian government to listen to the concerns of the farmers.

Australian parliamentarians Rob Mitchell and Russell Wortley are among those who have expressed concerns over the protesting farmers.

Back home, arguably the largest protests in the recent history, tens of thousands of farmers, largely from Punjab, Haryana and Uttar Pradesh spending nights in bone-chilling cold, demanding three laws passed by Modi's government to be revoked, fearing affecting their livelihoods.

Among the most vocal Punjabi parliamentarian diaspora is British Labour MP Tanmanjeet Singh Dhesi, who has slammed the media for spreading 'misinformation' in a bid to label protesting farmers as 'separatists or terrorists'.

The outspoken Sikh MP for Slough, who earlier wrote to British Foreign Secretary Dominic Raab along with 35 other cross-party MPs asking to raise the issue of farmers' agitation with New Delhi, said last week, "Your abuse and intimidation won't deter me from speaking the truth".

In a series of tweets, Dhesi said, "Some in the media have begun misinformation of labelling peaceful farmers, or those speaking up for them, as separatists or terrorists. You do a disservice to your nation and profession." "Hater troll factory: your abuse and intimidation won't deter me from speaking the truth," he said.

Earlier, Dhesi asked Prime Minister Boris Johnson in Parliament to comment on the farmers' protests and asked to convey concerns about the force being used against them and a speedy resolution to the current deadlock to the Prime Minister Narendra Modi.

"Many of my constituents have family there and are worried about the safety of their loved ones. Healthy democracies allow peaceful protest. I urge those involved to uphold this fundamental right," he tweeted.

Canada's New Democratic Party leader Jagmeet Singh has tweeted: "The violence perpetrated by the Indian government against farmers peacefully protesting is appalling. I substitute solidarity with the farmers from Punjab and across India -- and, I expect the Indian government to interact in peaceful dialogue instead of violence." He thanked Jack Harris, MP for St. John's East, for his advocacy.

Standing with the protesting farmers of Punjab and Haryana, Conservative MP for Mission-Matsqui-Fraser Canyon, Brad Vis, presented a petition in the House of Commons, saying he's concerned about the peaceful protests.

"Legislative independence of sovereign nations must be respected but Canada will always stand for the protection of fundamental freedoms both at home and around the world.

"I stand with the farmers in India who are peacefully protesting.

Canadian Prime Minister Justin Trudeau too extended his support to the farmers, prompting a sharp reaction from the Indian government.

Over 170,000 UK Sikh organisations, gurdwaras and human rights groups in a joint statement last week urged the government of India to consider the human impact of the agrarian crisis and act compassionately towards the protesters, many of whom are elderly.

The farmers are protesting against the farm laws as they feel that these laws would pave the way for the dismantling of the minimum support price (MSP) system, leaving them at the mercy of big corporate entities. — IANS