World loved her: Indian diaspora in UK mourns the Queen : The Tribune India

World loved her: Indian diaspora in UK mourns the Queen 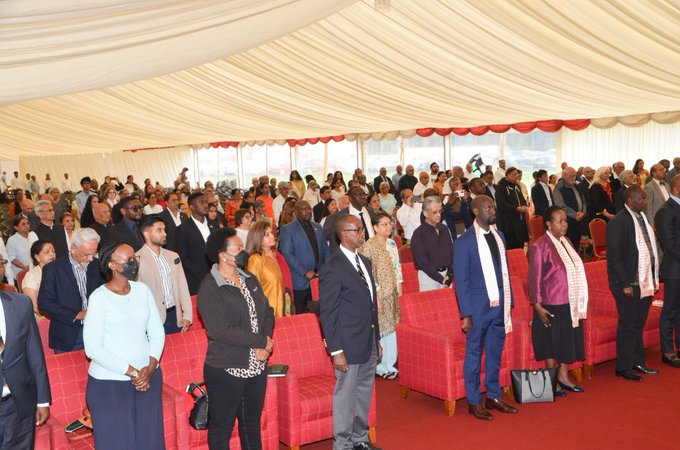 It is the silence of the usually bustling and echoing 900-year-old Westminster Hall in London where Queen Elizabeth II's coffin is Lying-in-State that is most striking as thousands of mourners file past, including members of the Indian diaspora.

The occasional muffled sobs become all the more poignant and enhanced in what is the oldest building of the UK's parliamentary estate, which has seen many historic events dating as far back as the 11th century. The mourners, many of whom have been on their feet for anywhere between five to eight hours in a queue extending over 5 km, are made up of the elderly and babies, some on wheelchairs and others accompanied by guide dogs.

“We loved Her Majesty the Queen and the world loved her. As she said, the price of love is grief. We are grieving,” said Lord Karan Bilimoria, British Indian peer and founder of Cobra Beer.

“She was the Queen of all Queens, the monarch of all monarchs. She was not only the most famous monarch in the world but the most respected, by miles,” he said.

Half a century later, on Sunday, September 11, 2022, at Anoopam Mission, Swaminarayan Temple in Denham, London, a section of these Indians and their families gathered to mark this day and pay
homage to Queen Elizabeth II. pic.twitter.com/4rVnyFYnQ1

Inside Westminster Hall, the coffin is adorned with the Imperial State Crown, encrusted with diamonds, sapphires, emeralds, pearls and rubies, along with the orb and sceptre dating back to 1661. These are all regalia presented to the Queen at her coronation at Westminster Abbey in 1953 and on Monday, the same Abbey will host the state funeral of Britain's longest-serving monarch.

“She was our Queen and this is a once in a lifetime moment,” reflected Kabir, an Indian-origin teenager who had queued for many hours to get to witness this sight.

For an elderly Gujarati-origin family from a suburb in north London, a spot near Mahatma Gandhi's statue at Parliament Square overlooking the Big Ben, which has chimed in procession for the late Queen this week, felt like an appropriate tribute spot.

“We can't stand for too long, so we didn't join the queue. But we just wanted to be here to pay our respects to the Queen,” shared Hina.

There are many such emotions that have been expressed by members of the diaspora, with some also organising prayer meetings in memory of the late monarch.

Last Sunday, a gathering of around 600 representatives of temples and interfaith organisations from across the UK gathered for a prayer meet organised by the Anoopam Mission Swaminarayan Temple in west London.

“The event began with the singing of the British national anthem, followed by a minute's silence and Hindu prayers, bhajans, kirtans and dhuns. Attendees also queued to sign a book of condolence at the event,” said Sanjay Jagatia, one of the organisers.

Muna Chauhan, an ambassador for the Queen's Green Canopy tree plantation initiative launched to mark the Platinum Jubilee of her reign this year, announced plans to plant 7,000 trees across the UK on behalf of the British Hindu community.

“Of these, 1,008 trees will be planted at the first Hindu crematorium in the UK, on the grounds of Anoopam Mission. These trees will be a symbol of renewed hope and friendship,” she said.

The BAPS Swaminarayan Mandir, known as Neasden Temple, which has been visited by King Charles III over the years as the former Prince of Wales, also offered prayers of condolence and support.

“Her Majesty connected universally with compassion and warmth across many generations. It was wonderful to see so many people – from young children through to grandparents – take an opportunity to offer their personal tributes and prayers for Her Majesty,” said Tarun Patel, one of the volunteers who helped with the prayer assemblies at the temple in north-west London.

Another prayer ceremony with a havan is planned this Sunday at the Radha Krishna Temple Hindu Centre in Liverpool.

“Multi-faith tributes will be offered by representatives of major faiths from across the north west of England,” said Dr Shiv Pande, one of the organisers of the prayer meet who was conferred an MBE by the late Queen.

Gurdwaras around the UK have also been offering prayers since the news of the Queen's death last Thursday, with the Guru Teg Bahadur Gurdwara in Wolverhampton in central England conducting a two-day ceremony earlier this week.

Lord Indrajit Singh, Director of the Network of Sikh Organisations (NSO), recalled one of the Queen's own gurdwara visits: “I recall the privilege of accompanying Her Majesty during her first visit to a gurdwara in Leicester in 2002.

“It is a measure of the high esteem in which she was held by the Sikh community that, in that small gurdwara, after the visit we needed a large truck to take away the many bouquets and posies of flowers.”

Reflecting the multi-faith spirit of the state mourning, many churches, mosques and synagogues have also gathered in prayer over the course of the past week for the Queen and to offer condolences to the new monarch.