A village is sensitised : The Tribune India

A village is sensitised 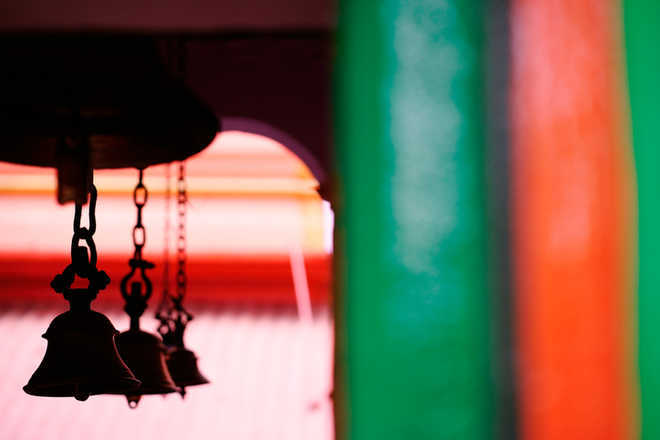 AT times, small and innocent incidents become the catalyst for a big desirable change, which may have been elusive earlier. The eventual morphing of some ugly developments following a two-year-old toddler’s ‘temple run’ into a happy outcome is one such heartwarmingly poignant case. It has served to sensitise the child’s village against oppressive practices based on caste that are, sadly, still prevalent in our society. The unfolding of the events has the stamp of a firmly entrenched, but illegal, order being challenged by an awakened class of people. Lending the defiance more weight and legitimacy is the fact that this awakened class comprises not just people of the lower classes but also broad-minded sections from the upper castes who believe in the equality and oneness of human beings. The nudge by a swift law-enforcement process sealed the matter.

So, the story goes thus: the child’s father takes him to pray at a temple in their village (Miyapur in Karnataka’s Koppal district) to celebrate his second birthday on September 4. Not realising that being a member of the SC community, he is allowed to pray only from outside, the excited boy runs inside the temple. Some elders are horrified. They impose a fine of Rs 23,000 on the family for the transgression. This amount is needed for the ‘purification rituals’ to clean the temple. Perhaps, that was the standard procedure. But not this time! Many villagers from across the social strata supported the family as it pleaded for help. The authorities too were alerted. Officials from the police, revenue and social welfare departments swooped on the village and admonished the accused. They were warned of legal action if this practice reeking of bigotry and outlawed untouchability was repeated. Accepting the apology of the high caste accused, the family too refused to lodge any complaint. By September 21, Miyapur was a picture of perfect harmony and equality among its residents.

If every village is transformed thus, the country would be rid of its abhorrent caste-based divide that is exploited by the political class.