India prepares for long haul in face-off with Chinese 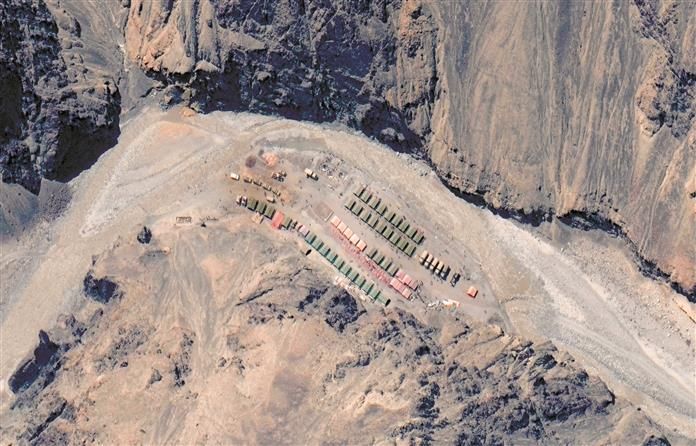 Ayear after the deadly clashes between the Indian and Chinese armies in the Galwan valley in eastern Ladakh, tension in the region continues and the trust deficit reigns supreme. The Army Chief's assertion that there can be no de-escalation without complete disengagement at all friction points gives a broad view of India's approach. However, 11 rounds of discussions between the two sides later, China, it is amply clear, has no intention of taking any further step back after the Pangong Tso troop withdrawal. The road ahead appears conflict-ridden. Galwan may have crystallised New Delhi’s military, diplomatic and economic strategy towards Beijing, as well as recalibrated the short-term and long-term goals, but the challenges are only mounting.

If New Delhi was surprised at Beijing’s deceit, the Chinese soldiers were taken aback by India’s tactical military response. With no sign of status quo ante and China’s belligerence continuing to pose a security threat, the military infrastructure has been ramped up, focusing on better road connectivity and modernisation of equipment. The enhanced boots on the ground could even become a permanent deployment. The preparations for the long haul are already being concretised. A glimpse of such a determined effort across the security establishment was visible in providing appropriate accommodation and clothing to the troops to endure the harsh winter in Ladakh.

The same synergy needs to be exhibited at the political level. Dealing with China, which has emerged as the biggest adversary, has to be seen as an Indian problem, and not just the ruling party’s. The hesitancy in taking the Opposition into confidence on the foremost strategic issue, not being open to constructive criticism or discussing tough choices facing the country at the leadership level do not bode well. ‘One Nation, One Voice’ is a slogan that has not been forthcoming. Diplomacy alone will not deter Beijing, but a broad sweep of going the extra mile in strengthening ties in the neighbourhood will ensure collaborations India cannot do without.