The situation must not regress to pre-2001 days 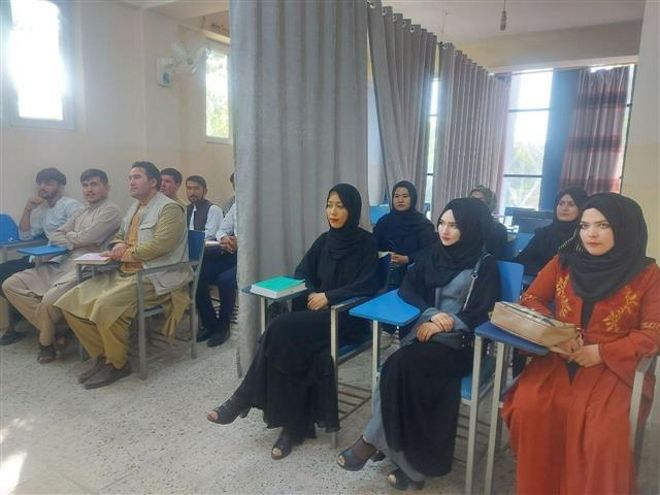 As its worst fears of the suppression of Afghan women’s rights are coming true, the world is watching with horror the events unfolding in Afghanistan since the Taliban brutally regained control over the country on August 15. The hardline Islamist group has been quick to press multi-pronged levers aimed at a tyrannically regressive state of affairs. That its first fatwa is directed at curtailing their freedom and rights shows that the women hoping to be heard and treated fairly are up against a formidable wall. The Taliban order to have separate classrooms for boys and girls in coed schools (both private and government coed schools have mushroomed in the past two progressive decades) is loaded with the prospect of many girls dropping out as the infrastructure to accommodate such an arrangement is lacking. It remains to be seen how the situation eventually pans out as initial images of boys and girls separated by a cloth curtain in classrooms of higher education institutes emerge.

However, the government formation has left little to the imagination: women are conspicuous by their absence from the newly formed Pashtun-dominated interim cabinet. Equally noteworthy are the intimidation and bans on the sports and work fronts, threatening to pull the women further down the social and economic order. The beating up of a couple of male journalists covering protests by some gritty women in Kabul sends a chilling message of intolerance. At the same time, encouragingly, the defiance by the women holds out hope.

As of now, the Taliban have been forced to call healthcare women staff to work as the sector is crisis-ridden. With the exodus of thousands of workers and their evacuation to safer shores, the beleaguered rulers may yet have to concede more space as they get down to the job of running the country. The international community has a delicate task cut out and must employ all diplomatic pressure points at its disposal in negotiations with the new regime. It would be a shame if the huge strides made by the Afghan women since 2001 are allowed to be so ruthlessly trampled upon.