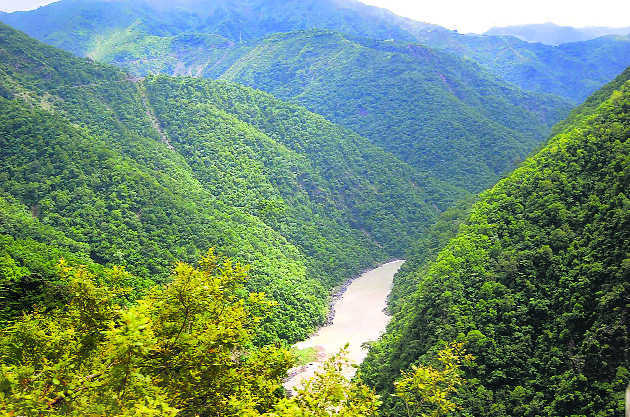 The Supreme Court has rightly questioned the government over its willingness to create an all-India environment service following a PIL that alleged destruction of environment and forests and also executive apathy that had resulted in measures for environment protection emerging mostly from judicial intervention. The court recounted the recommendations of the TSR Subramanian Committee, which had been rejected by a parliamentary standing committee on the ground that a dedicated all-India service may lead to multiplicity of institutions and won’t serve the desired purpose.

What the SC has underlined is the adaptation of the bureaucracy to climate change in policy-making. The progress of development works has raised the question of sustainability and minimising man-made disasters. Along with this, the tapping of natural resources to maximise public benefit has to be ensured while preventing violations. All this only shows the greater attention that environment and ecology need to get in decision-making. The country has a dedicated Indian Forest Service, but the fact is that contrary to the plea of the parliamentary standing committee on the Subramanian panel recommendations, a number of agencies have come up to deal with environmental issues, like the NGT and the Commission for Air Quality Management, which points to the inadequacy of the existing system. While toying with the idea of creating a new service, it may also be prudent to enlarge the scope and jurisdiction of the present service. Amid the multiplicity of agencies, coordinated efforts are required to implement plans for which there are designated nodal authorities. They should have the necessary powers and resources at their disposal to enforce the rules.

The country’s response to environmental issues has mostly been reactive, with action being taken only when a problem arises. While this has entailed death and destruction, it cannot be denied that progress has been made to minimise damage, like in the case of Odisha that has reduced losses due to cyclones. Environmental issues may need an active approach which includes harnessing of resources, ensuring sustainability, creating awareness and an early warning system to minimise risks.