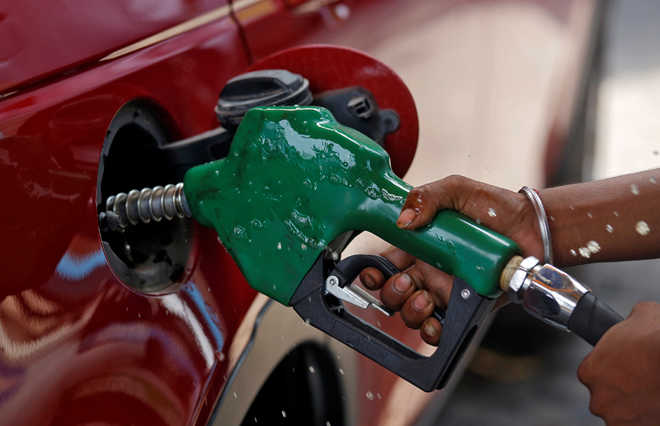 Crude oil rates had hit rock bottom recently, yet petrol and diesel prices are at a 21-month high after being increased for the 10th consecutive day — a cumulative hike of Rs 5.47 and Rs 5.80, respectively. While infusion of liquidity to incentivise spending after the back-breaking lockdown months is the mantra being chanted by experts, subjecting the population to an oppressive additional burden instead confounds logic. Congress president Sonia Gandhi has called for a rollback, terming the Centre’s decision ‘wholly insensitive’, coming as it does during the coronavirus pandemic. That seems out of the question, much like any forthright answer on what has necessitated this continuous daily uptick.

Around 70 per cent of the retail price of fuel comprises taxes. Oil firms resumed the daily revision of prices on June 7 following an 82-day break during the lockdown when retail rates were left untouched. The freeze was imposed in mid-March soon after the government effected a considerable hike in excise duty on petrol and diesel to shore up its finances. The impact of the hike was not passed on to consumers, but they did not benefit from the record fall in crude oil prices either. Several state governments, including Punjab, have now hiked cess on fuel to fill empty coffers. The user is again at the receiving end, and oil marketing companies have little to gain.

Oil price decontrol is a curious instrument in India. When global prices go up, the increase is passed on to consumers. When they go down, taxes and levies are imposed. The only gainer is the government. Aviation turbine fuel (ATF) is a case in point. ATF prices were consistently reduced when no airline was operating passenger flights because of the restrictions. Just days after commercial flights were allowed in May-end, a 56 per cent increase was announced. Gaining at public expense is a rather uncomfortable tag, but this does not seem to bother the Central and state governments much.