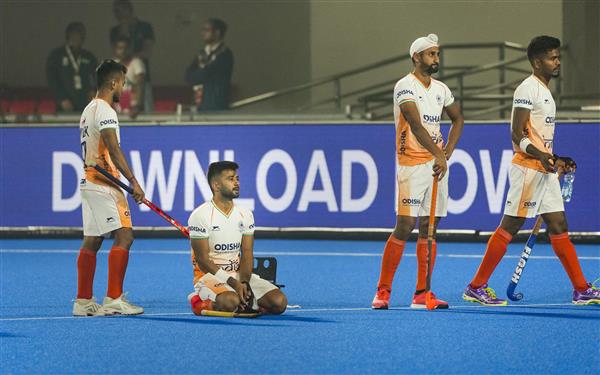 Indian hockey suffered a heartbreak when the national team exited the World Cup in the cruellest fashion possible, beaten by New Zealand through ‘sudden death’ in the penalty shootout after the scores were level at 3-3 in regulation time. The shock defeat in Bhubaneswar, after India led for most of the match and enjoyed a two-goal lead twice, extends India’s wait for a World Cup medal from 48 to at least 52 years — a half-century without a medal in hockey’s premier global tournament outside the Olympics. The loss crushed the hopes of the home fans and the hockey community, who had been expecting big things from the team after its bronze medal at Tokyo 2021, where India won an Olympic medal in hockey after 41 years.

Though team coach Graham Reid and the players were in too big a shock to provide an immediate explanation for their nervous, even fearful, performance against New Zealand, it is evident that the team crumbled under immense pressure. India started the tournament well, beating Spain 2-0 before playing out a 0-0 stalemate with England. Then came the moment of truth — England’s big wins over Wales (5-0) and Spain (4-0) made India desperate, for only the top team from the group earned direct qualification into the quarterfinals. World No. 6 India needed to beat Wales — ranked No. 14 — by at least eight goals to topple England from the top of the table. But, nervous and jittery in their finishing, they won by only two goals, 4-2. India still had a chance to make it to the knockout stage by beating New Zealand, but they again choked on Sunday night.

After the defeat, Reid said that for the ‘future of the team’, a mental conditioning coach needs to be roped in. He also rued the penalty-corner opportunities India missed. India converted only five out of 26 penalty corners they got in the World Cup, a success rate of 19.23%; at the Tokyo Olympics, India had converted 32.25% (10 out of 31) penalty corners they earned. That’s a staggering, decisive difference. Also, the absence of the injured Hardik Singh took the edge off India’s attack. In the final analysis, the team was diffident, the players nervous in finishing — and they paid a heavy price for the lapses.