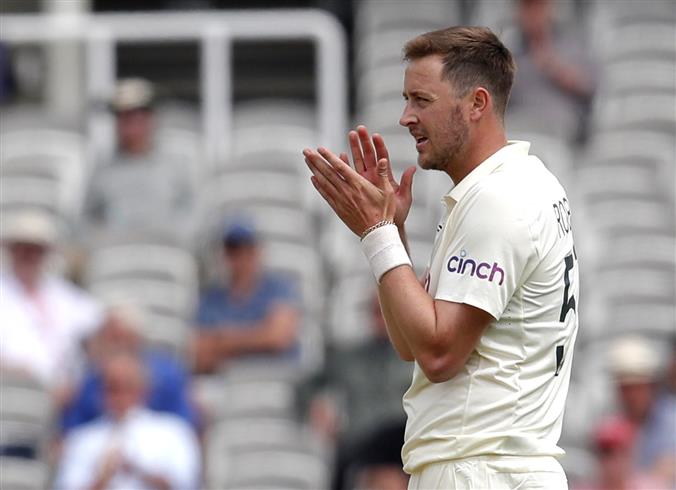 Must what you said a decade ago as a teenager — even if it’s appalling and obnoxious — be forever held against you? A debate on this subject has raged over the last few days after old tweets by England cricketer Ollie Robinson showed that as a teenager, he held views that would show him up as racist, sexist and a religious bigot. Robinson, now 27, was 18 and 19 years old when he made those remarks. The offending tweets seem like a juvenile attempt at humour, but they were extremely distasteful. Robinson’s fine Test debut was overshadowed by controversy and he was forced to issue an apology. The England and Wales Cricket Board (ECB) suspended him immediately and launched a disciplinary investigation into the matter, and Robinson would miss the second Test against New Zealand.

Since then, old tweets have been dug up that implicate a few other current English cricketers — James Anderson made a homophobic comment in 2010, while Jos Buttler and Eoin Morgan seem to be mocking Indian fans by mimicking their peculiar use of the English language. English media has reported that the ECB is investigating these tweets, too. British Prime Minister Boris Johnson weighed in on the matter, saying that the action against Robinson was ‘over the top’. But it is clear that the ECB had no real choice in the matter — in these days of heightened awareness of bigotry on sports fields, amplified by the athletes’ support of the Black Lives Matter campaign, the authorities have, rightly, adopted a zero tolerance policy against racism, sexism and religious bigotry.

If the ECB’s inquiry shows that Robinson and the others have consistently displayed bigoted behaviour in their lives, then action must be taken against them — otherwise the matter should be closed. Everyone deserves a second chance and, as West Indian cricketer Michael Holding said, even a third chance. People mature, they change their minds, they evolve — if they apologise for and disown something they said years ago, they must be taken at their word. There’s a lesson in this for everyone — if you are an obnoxious bigot, try to enlarge your mind. If you can’t do that, shut yourself up.