Brazenness on display : The Tribune India

Excesses against anti-CAA protesters a blot 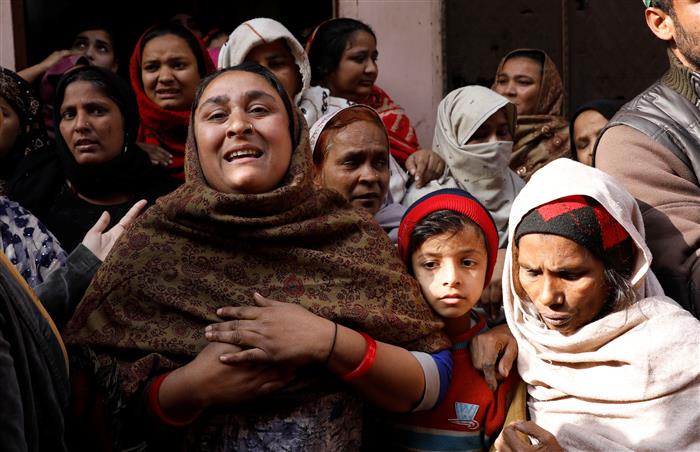 THE in-your-face brazenness of the Uttar Pradesh law enforcement machinery in dealing with anti-Citizenship (Amendment) Act protesters is stark. In trying to project a harsh, no-nonsense approach for maintaining order on the streets, the message the Yogi Adityanath government has managed to send across inadvertently or intentionally does not camouflage communal overtones: ‘don’t you dare (protest)’. The list of casualties has been growing, and with the Internet ban being gradually lifted, disturbing and haunting reports are emerging of victims with little of the lumpen element attributions the police may want to attach, families fearing for lives, and excessive use of force just to ‘teach a lesson’.

Probing questions are going unanswered on selective targeting of protesters, amid widespread charges of police brutality across the state. Allegations have been levelled that activist Sadaf Jafar, who ended up recording her own arrest in Lucknow while running a live stream on Facebook during a protest, was badly beaten up while in detention. She has been booked for rioting, attempt to murder and even being party to communal conspiracy. The UP Police claim having exercised maximum restraint in gravely provocative circumstances, but the assertion does not support what is playing out on the ground.

Why do governments convinced of their invincibility — in the present context, borne out of solid electoral successes and a mass appeal with few parallels — get easily irritated by voices that do not support some decisions? What else would explain the repeated restrictions on the youngest voters of the republic out in droves in the national capital, demonstrating their right to say ‘no’ and demand something better? An array of CMs, among them Modi backers, has now jumped on the bandwagon in rejecting the new law. Going back is not the PM’s way, but exhibiting willingness for a re-look or a dialogue should not be turned into a matter of prestige. This too is in national interest.