Govt must reorient its priorities to focus on Covid crisis 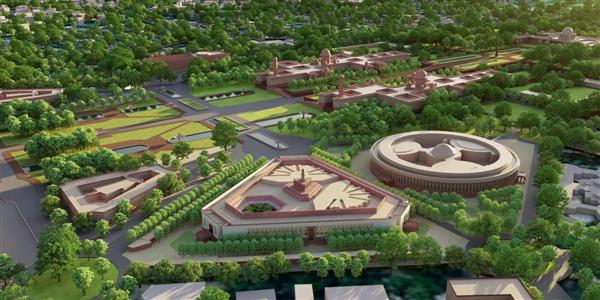 The Union government’s decision to keep the Central Vista project on track amid a pandemic that is claiming 3,000-odd lives every day is a classic case of misplaced priorities, if not monumental apathy. - File photo

The Union government’s decision to keep the Central Vista project on track amid a pandemic that is claiming 3,000-odd lives every day is a classic case of misplaced priorities, if not monumental apathy. According to reports, work is in progress even during the lockdown in Delhi as workers have been granted movement passes by the authorities under the ‘essential services’ category. Buses are ferrying workers to the project site daily, even though the lockdown guidelines stipulate that only on-site labour can be deployed for the purpose. The government’s business-as-usual approach is also evident from the fact that it recently invited bids for the construction of three secretariat buildings.

It’s not rocket science to separate what’s essential from what isn’t in these turbulent times. The mega redevelopment plan, under which a new Parliament building will be raised at a cost of around Rs 1,000 crore, is certainly a luxury right now. What people urgently need are oxygen cylinders and vaccines, not a new skyline or a post-colonial showpiece in Lutyens’ Delhi.

It’s hard to fathom that the government is bent on sticking to the November 30, 2021, deadline for the new-look Central Vista, considering that the country is facing a health emergency and must optimally use every penny as well as all hands on deck to cope with the unprecedented crisis. The irony is not lost on anyone: hundreds of crores of rupees will be spent on the new building for parliamentarians, expected to be ready next year ahead of India’s 75th Independence Day, even as the MP local area development (MPLAD) scheme under which they disburse funds to their constituencies has been frozen for two years, citing Covid-induced exigencies. Such blatant double standards are eroding the government’s credibility. It’s high time the powers that be see reason and put all inessential projects on hold. As and when the virus is tamed, work can be resumed to fulfil the grand dream of making the Central Vista a world-class tourist attraction. For now, criminal extravagance amid adversity must stop.