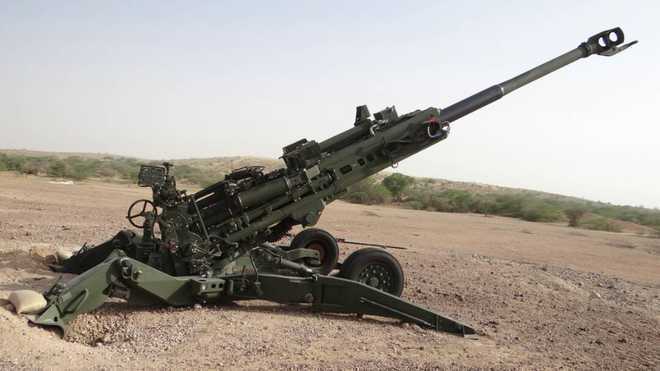 THE new list of at least 100 weapons and systems that will face an import ban over the next five years comes on the back of two similar lists released in 2020 and 2021. - File photo

THE new list of at least 100 weapons and systems that will face an import ban over the next five years comes on the back of two similar lists released in 2020 and 2021. Indicative in the announcement is the firm resolve to stay the course on indigenisation of the armament industry, and the growing confidence in the capability of domestic players to deliver as per international standards. Since the notification of the two previous lists, contracts worth Rs 54,000 crore have been signed for domestic procurement. Orders worth more than Rs 2,10,000 crore are likely to be placed with the industry in the next five years, showing, as Defence Minister Rajnath Singh put it, the fast pace of self-reliance in the defence sector. In the past three years, Acceptance of Necessity (AoN) — the first step towards buying military hardware under defence procurement rules — has been accorded for equipment worth Rs 2,47,515 crore from domestic makers.

Ramping up production of military equipment is also important because of the possible shortfall from Russia, the main supplier of defence equipment, considering its own pressing requirements. Even before the Ukraine crisis brought to sharp focus the need to accelerate the march towards strategic autonomy, reducing the dependence on imported military platforms, ‘Make in India’ had graduated from being a mere slogan to an implementable plan showing encouraging results. Not just making weapons for itself, India’s emergence as a weapons exporter, too, has been grabbing eyeballs. Against the target set in 2020 of touching $5 billion in exports annually by 2025, and domestic defence production at $25 billion, in the just-ended fiscal, exports stood at $1.54 billion and domestic production at $11.2 billion.

The positive indigenisation, or negative import, list includes high-end, sophisticated platforms, ammunition and weaponry, giving a major boost and opportunity to domestic manufacturers. Building a credible military industrial complex is a long-term project that would require a sustained level of public-private commitment and interface.