Safety & pricing issues should be addressed on priority 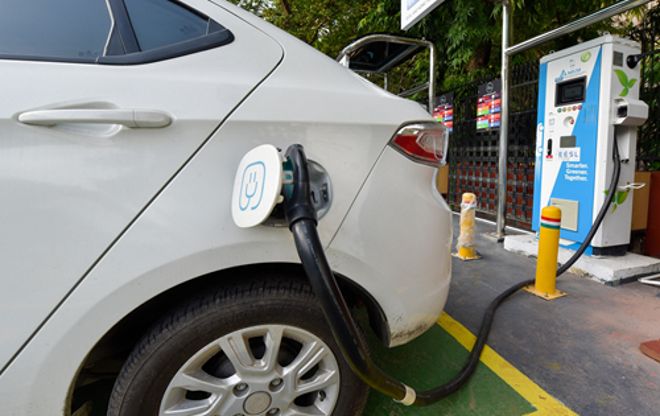 The Union Government told the Lok Sabha on Tuesday that three manufacturers of electric two-wheelers recalled over 6,600 vehicles in April following fire incidents. Though the Centre claims that these cases — reported from Tamil Nadu and Andhra Pradesh — have not impacted the nationwide sales of electric vehicles (EVs), safety concerns threaten to impede India’s green push. Last month, the National Highways for Electric Vehicles (NHEV), which facilitates Ease of Doing Business in the electric mobility sector, had made recommendations to the NITI Aayog on the maintenance of EVs and their batteries after an electric SUV caught fire in Maharashtra. The NHEV made it clear that users deserved to know ‘what they are buying, driving and the risks associated’. Regular monitoring and strict action by the authorities are needed to ensure that the EV industry sticks to the guidelines and makes no compromise on safety.

The number of registered EVs in India has crossed 13 lakh, which is just a drop in the ocean compared to the nearly 28 crore non-electric vehicles on the roads. Improving the coverage and efficiency of the charging stations is another challenge. Under the FAME-I (faster adoption and manufacturing of hybrid and electric vehicles) scheme, the Centre sanctioned 520 EV charging stations, of which 479 were installed till July 1. Under FAME-II, 2,877 EV stations were earmarked for 68 cities in 25 states/UTs, but only 50 of them were set up till the same date. Faster charging at these stations is a must to reduce the drivers’ waiting time, which at present stretches into hours, especially in UP and Delhi, the states with the highest density of EVs.

The forbidding prices of EVs are another constraint, especially for residents of non-metro cities where the commuting distances are short. The government has taken initiatives to address this issue, such as bringing EVs under the production-linked incentive scheme for the automobile and auto component industry, reducing GST on electric vehicles and chargers, and waiving road tax. Bigger steps are required to spur motorists to shun vehicles running on eco-unfriendly fossil fuels and do their bit to reduce the carbon footprint.