End of the Federer era : The Tribune India

End of the Federer era

A magical 24-year journey is over 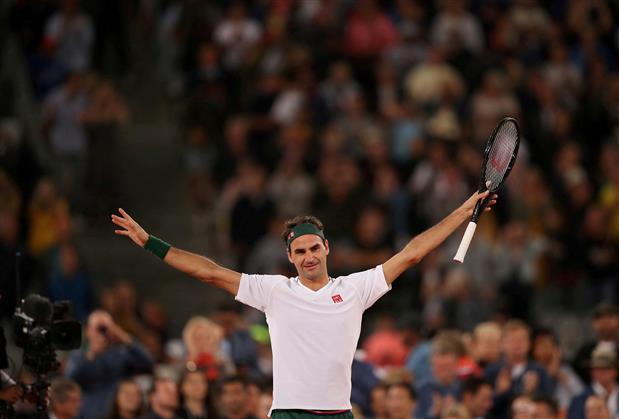 ROGER FEDERER broke a million hearts when he announced that he would retire from tennis after next week’s Laver Cup. - File photo

ROGER FEDERER broke a million hearts when he announced that he would retire from tennis after next week’s Laver Cup. The announcement wasn’t a surprise: the Swiss master is 41 and hadn’t played a match since his defeat in last year’s Wimbledon quarterfinals. Yet, hoping against hope, his fans wanted one final hurrah — maybe a 21st Grand Slam trophy, or even a lower-ranked ATP Tour tournament win, to add to his 103 titles. But realistically, the possibility of Federer holding another trophy aloft was minimal because he has endured several knee surgeries in the last six years, three of them in 2020-21. He was quickly running out of time as a top tennis player. Federer put it perfectly when he said: ‘My body’s message to me lately has been clear. I have played more than 1,500 matches over 24 years. Now I must recognise when it is time to end my competitive career.’

The universal sense of sadness that has greeted his announcement is testimony to the love and respect he gained by playing the game with matchless elegance — and behaving with grace and modesty off the court. It could be argued that globally, he is the most-loved sportsperson of the 21st century — perhaps of the last 50 years. His game was marked by beauty that had vanished with the wooden racquets, which were replaced by power-generating, lightweight racquets in the 1980s. Federer’s court movement — economic, graceful, balletic — was a sight to behold, and it was matched by wonderful ball-striking. Using the graphite racquet to manipulate the ball in the manner of a wooden racquet, he made the greatest players gasp at his genius. Federer matched his beautiful game with immaculate conduct away from the sport, raising funds for charities across the world, and his interactions with fans and media were marked by grace, humility and respect.

Federer’s career of 24 years ends next week, but the debate over his position in the tennis pantheon — especially with respect to his great rivals Rafael Nadal and Novak Djokovic — will rage forever. For now, Billie Jean King’s words may be taken to represent the consensus among tennis players: ‘A champion’s champion. He has the most complete game of his generation and captured the hearts of sports fans around the world...’