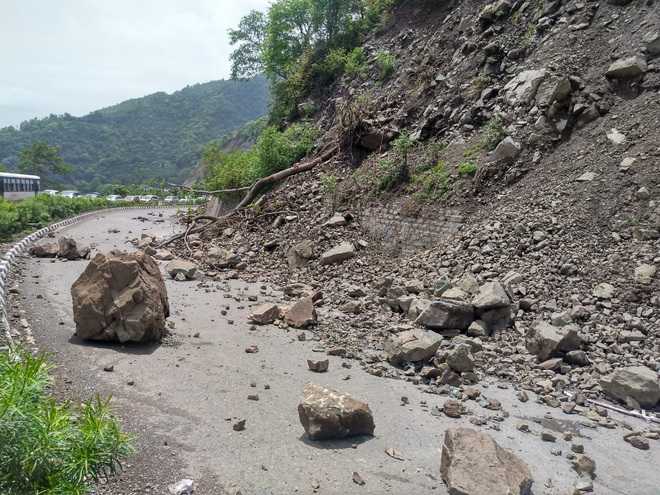 The death of nine tourists after their vehicle was hit by boulders rolling downhill in Kinnaur district of Himachal Pradesh has brought into sharp focus the lack of preparedness of the authorities. It’s unpardonable that a business-as-usual approach is being adopted particularly during the rainy season, when landslides are a common occurrence. Pre-emptive action should have been taken to restrict vehicular movement in view of the lurking danger. With the second wave of Covid-19 abating and various restrictions being lifted, tourists are thronging the hill states of Himachal Pradesh and Uttarakhand. The onus is on the officials to issue regular warnings and advisories so that the visitors can plan their trips accordingly or even cancel them in the worst-case scenario. There is no denying that the safety of tourists as well as local residents ought to be of paramount importance.

Landslides triggered by heavy rain have claimed dozens of lives in Raigad and Satara districts of Maharashtra recently, while several parts of Karnataka are also grappling with the problem. In a well-timed precautionary measure, the District Collector of Hassan (Karnataka) has prohibited the movement of vehicles on the Bengaluru-Mangaluru national highway till further orders. The administration’s focus is rightly on evacuating people from low-lying areas and taking them to relief camps.

Be it the Himalayas or the Western Ghats, the threat of landslides always looms large whenever the heavens open up. Disaster precautions need to be initiated well before the onset of the rainy season. The situation demands monitoring on a daily basis, considering the ecological fragility of these areas. It’s also imperative to promptly repair damaged infrastructure such as roads and bridges that are the lifeline for commuters. Governments are quick to announce ex gratia relief when such tragedies happen, but the priority should be to ensure that things don’t come to such a pass. The loss of lives and property can be prevented or minimised by strictly regulating construction activity for residential and commercial purposes. Allowing hotels to operate in danger zones is an open invitation to disaster. Such laxity should not go unpunished.