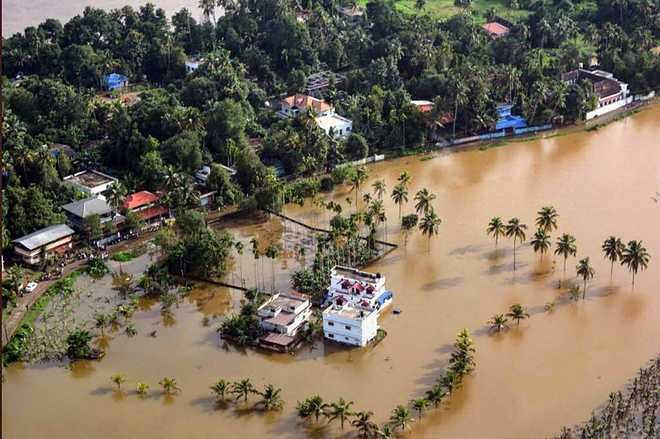 Kerala, which reported below-average rainfall in June and July, now finds itself in the throes of a downpour, with its central region inundated. As rivers are in spate and landslides frequent, the prospect of a repeat of the devastating 2018 floods — which swept away many people, houses, standing crops and road networks — looms large. The administration has been quick to press the precautionary button. It is evacuating people from low-lying areas and vulnerable riverbanks to relief camps. Learning from 2018, it is monitoring the discharge of excess water from dams and reservoirs in tandem with Tamil Nadu, which controls the Mullaperiyar dam, even as NDRF teams have been put on alert. It remains to be seen if the damage caused by the rain fury can be contained in Kerala.

Meanwhile, this monsoon season, Maharashtra, Assam, Madhya Pradesh and Himachal Pradesh, which also witnessed heavy rains, have again been found wanting in their flood mitigation efforts. The National Emergency Response Centre has reported over 1,300 fatalities till August 3. Unfortunately, even as floods are an annual feature in one part or the other of the country, our disaster management mechanisms to reduce the resultant humongous losses remain patchy. That the people undergo hardships every time floods strike exposes the utter lack of preparedness of the authorities concerned, smacking of a devil-may-care attitude and impunity. It bares chinks in the civic infrastructure as the facilities — roads, rail lines, sewers, power lines, buildings etc — crumble under the onslaught of rains. It is a black spot on the functioning of various experts’ bodies which clear such fragile structures.

Despite warnings by the IMD, most authorities are caught on the wrong foot and unable to gear up for the eventuality. An exemplary exception is Odisha, with its strong and well-prepared ecosystem. Prone to floods and cyclones, the coastal state has built an efficient system of reaching out to people well in time to help them shift to its huge network of 870 flood shelters.