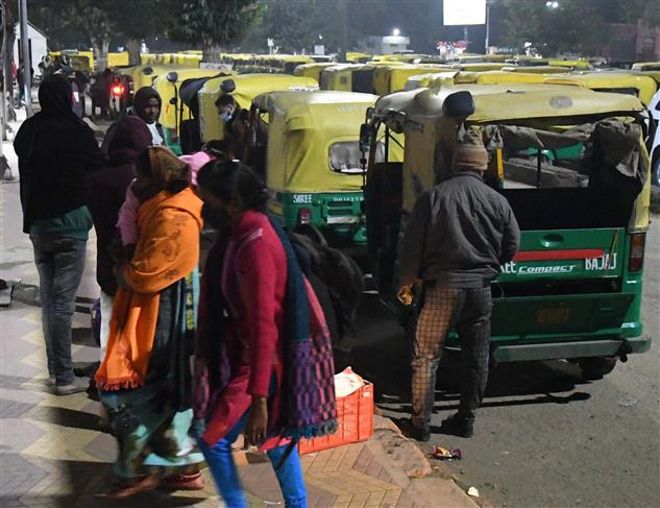 Chandigarh, one of the few well-planned cities of India, gives a rude shock to train passengers when they disembark at the city railway station. Autorickshaw drivers and cabbies aggressively vie with each other to hound the travellers, particularly those who are unfamiliar with the city. What makes things worse for the fatigued passengers is the ordeal of getting past these unruly drivers, who often double up as hotel touts. Without a functioning pre-paid auto booth, some people inevitably succumb to pressure in view of the urgency to reach their destination. These travellers are unaware of the driver’s antecedents, whether he is honestly plying his trade or has a criminal record or tendencies. It was an autorickshaw driver who picked up a Delhi resident from the Chandigarh railway station on Sunday night and allegedly raped her en route to the ISBT, Sector 17.

The railway authorities have challaned 870 people — mostly autorickshaw drivers and cabbies — in the past six months for not having the platform ticket. However, a mechanism to deal sternly with repeat offenders is conspicuous by its absence. The fact that the menace persists clearly shows that checking is lax, making it easy for some auto/taxi drivers to reach the platform without paying the fine. The sealing of all unauthorised entry points is the least that can be done, even as the possibility of a nexus between some officials and drivers-cum-touts cannot be ruled out.

Cleanliness at railway stations is no doubt important and makes for good optics, but an obsessive focus on this aspect under the Swachh Rail mission is leading to gross neglect of passengers’ post-arrival safety and comfort. The Railways should spare a thought for people who are unable to utilise or access app-based auto/taxi services. A world-class railway station will continue to elude the Smart City of Chandigarh as long as the authorities turn a blind eye to the harassment of passengers. It’s high time the operations at this busy railway station are streamlined to prevent all the chaos, which is not only an eyesore but also a poor advertisement for the City Beautiful.