From paddy to pulses 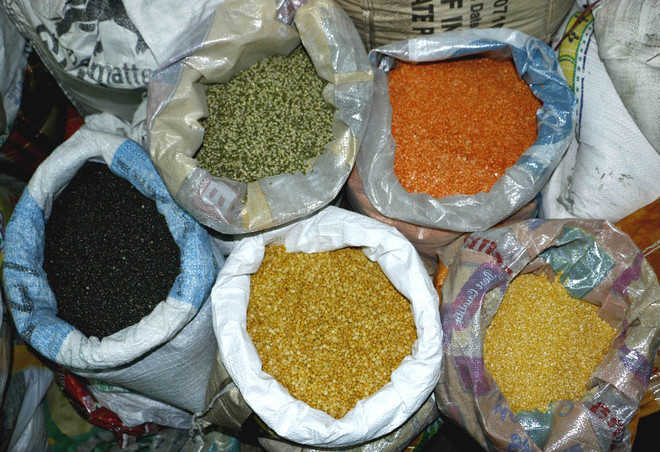 THE Haryana Government’s strategy to incentivise water conservation to address the alarmingly critical fall in the water table in the agrarian state is showing a trend that is heartening. - File photo

THE Haryana Government’s strategy to incentivise water conservation to address the alarmingly critical fall in the water table in the agrarian state is showing a trend that is heartening. Under its ambitious ‘Mera Paani, Meri Virasat’ scheme that aims to promote the cultivation of less water-consuming crops, the farmers who replace the water-guzzling paddy with crops such as pulses, moong, arhar, sesame and sorghum would get Rs 7,000 per acre. But, with just five more days to go for the peasants to register for the project, the target of achieving two lakh acres seems far-fetched. While Palwal farmers have, inspiringly, oversubscribed by one-and-a-half times to the scheme, there are not enough takers in Charkhi Dadri and Sirsa, which account for the maximum acreage.

Pulling the state out of the deep morass necessitates a further push to ensuring that the plans designed by experts are implemented. It calls for close monitoring on the ground and ensuring that the promise made by the farmer to shun paddy is kept. Registration for the scheme, no doubt a laudable measure, is just the first step. Until it is translated into practice — for many more seasons — success in sustainable water conservation efforts would be elusive. Along with the state departments concerned, the Haryana Water Resources (Conservation, Regulation and Management) Authority set up in January for the purpose must be alert and should be answerable for any lapses.

Indeed, the state cannot afford to be lax anymore. There is no scope for any leeway in the multi-pronged efforts under way to recharge the parched land. The urban areas can help augment the reversal of the sharp drop in water levels (from 4 m to 14 m) by adopting rainwater-harvesting methods in right earnest. The onus of saving water is on each of us. We have no choice but to pay heed to the Central Ground Water Board’s ominous 2017 report. It warns that the present over-extraction of water at the rate of 138 per cent would leave seven districts of Haryana with zero availability of groundwater. Of the 128 blocks, only 26 were found with safe levels of the precious life-sustaining resource.