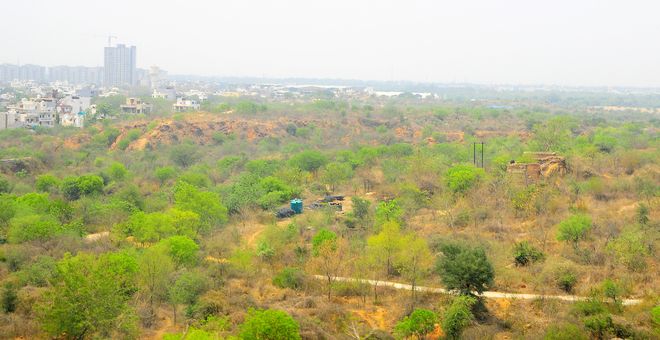 In a move that could trigger a frantic race among the states at the cost of compromising on environmental protection, the Union Ministry of Environment, Forests and Climate Change has decided to incentivise them through a star-rating system, based on ‘efficiency and timelines in grant of environmental clearance’. The highest rank will be given to the State Environment Impact Assessment Authority (SEIAA) which approves projects in the shortest period, has a high rate of clearance, ensures quick disposal of complaints, conducts minimum site visits and asks for fewer ‘essential details’. While major projects such as highways are cleared by the Centre, the state authorities assess the environmental impact of proposed works pertaining to mining, industry, power plants and infrastructure development.

An SEIAA will get two marks if it takes less than 80 days on an average for granting clearance; one mark for less than 105 days; 0.5 for 105-120 days; and zero for over 120 days. The rating system is aimed at cutting red tape and facilitating ease of doing business. However, the speed at which projects are okayed should not be the primary criterion to grade the efficiency of a body tasked with curbing environmental degradation. The ranking exercise might prompt the authorities to bypass norms and stop short of ticking all the boxes. The focus should be on granting eco clearance within a broad time frame, even as officials must be held accountable for inordinate and unreasonable delays.

Unregulated construction and mining activity in ecologically fragile areas has assumed alarming proportions. Landslides caused by illegal and unscientific mining in Haryana’s Bhiwani and Mahendragarh districts have claimed a total of six lives this month. In neighbouring Himachal Pradesh, where landslips often occur during the rainy season, the 17 ‘no construction’ green belts of Shimla are proposed to be thrown open for the raising of residential buildings. Such blatant disregard for the environment is unacceptable. Due diligence and strict adherence to the guidelines should be mandatory while giving or refusing the go-ahead to projects impacting our ecosystem.