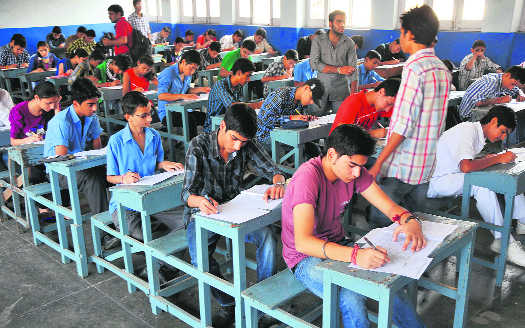 Retracting on its earlier ruling, the Haryana Government on June 23 scrapped all exams in various colleges and institutes of higher learning and universities in the state. That the government has had to take the U-turn smacks of cursory application of mind eleven days earlier in a matter that directly concerns lakhs of final-year/semester students who are delicately poised on the threshold of a career. This back and forth swing has caused unnecessary mental agony to the students, assailed by thoughts of the dreaded coronavirus lurking in crowded examination halls. They have also had to deal with uncertainty regarding the conduct of exams as the NSUI had moved the HC, calling out a discriminatory clause in the June 12 order.

Previously, the government had exempted all students from exams, except the final-year ‘resident’ students, and their exam was scheduled to be held in July. However, embedded in it was a sub-clause that would have failed the test of equality: expressing its inability to cater to the hostel needs of outstation students in view of Covid-19, the government had exempted final-year students residing out of Haryana from the exam. Even as the Punjab and Haryana High Court issued a notice to the government on the NSUI plea, Haryana retreated and cancelled the exams. Now, like their other colleagues, the final-year students will be promoted on the basis of their earlier exams and internal assessments. Those desirous of improving the scores to qualify for competition for further studies in prestigious professional institutes have the option of taking offline exams to be held later, when the pandemic subsides.

With this decision, Haryana joins Madhya Pradesh in scrapping the exams for final-year candidates. Multiple scenarios emerge as Maharashtra has made these exams optional and Delhi University has gone in for online exams, necessitating an examination by the UGC. Considering that different colleges are governed by different councils and universities are autonomous bodies, the UGC faces the tough task of protecting the students’ interests as it reviews the exam guidelines in tandem with apex professional bodies like the Medical Council of India, AICTE and the Bar Council of India.