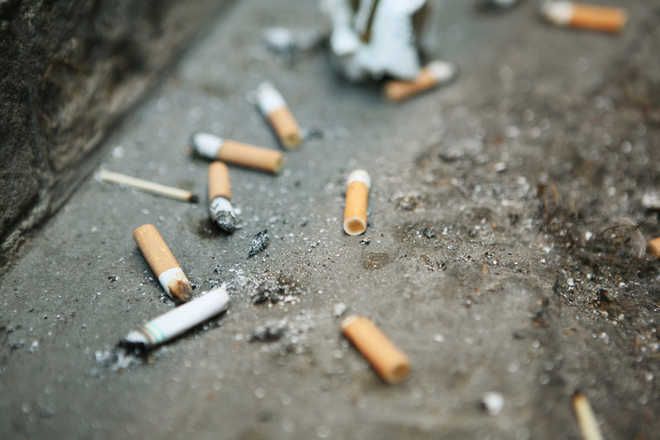 That only 1 per cent of the children in the 13-15 age group use tobacco products in Himachal Pradesh, as per the Global Youth Tobacco Survey, is testimony to the state’s sustained tobacco-control measures. It is especially commendable that the adolescent category has shown the lowest prevalence, in stark contrast to the highest figure of

58 per cent in Arunachal Pradesh and Mizoram. ‘Catching them young’ is the key to motivating people not to consume tobacco products later in life and also keep away from other harmful and addictive substances.

With the equally encouraging trend of a significant reduction in the consumption of the hazardous tobacco and smoking among adults over the years, the exemplary state is poised for a faster check on the spread of the menace that causes serious illnesses and kills lakhs of people every year. Massive awareness campaigns, warnings on cigarette labels, banning smoking in public and prohibiting the sale of tobacco products to minors and around educational institutions as well as penalties and fines imposed on the violators have majorly contributed to the effective implementation of state policies.

However, the tobacco lobby is powerful and containing it is a daunting task. The authorities need to be more vigilant in checking the smuggling of tobacco products from across the border and their sale. Reports of the border districts of Punjab being the transit points for the movement of foreign and Indian brands of cigarettes routed from Delhi point to a huge, unaccounted-for clandestine market. Reports published in The Tribune over the past few months reveal a ground reality that is disturbing as it belies official claims. The easy availability of gutkha, khaini pan masala and chewable tobacco products on the black market in areas such as lower Kangra and Palampur and a clientele — across age groups and rural-urban locations — ready to procure them at prices higher than the MRP paint a dark picture. A stringent crackdown on the smugglers and traders by the authorities is needed to curb the illegal trade running into crores of rupees.