Friendly with Japan, firm with China 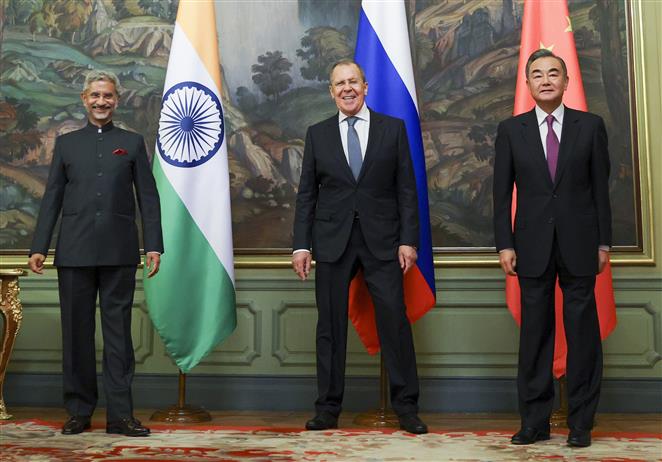 On Thursday, India exhibited its intent, albeit in contrasting ways, to have enduring relations with other Asian powers. PM Narendra Modi called up his outgoing Japanese counterpart Shinzo Abe and thanked him for playing a major role in strengthening bilateral ties. Both hailed the signing of a landmark agreement — after years of negotiations — that will allow Indian and Japanese militaries to use each other’s bases for logistic support. Even as the pact is expected to boost defence cooperation between the two nations, India would have to be proactive to maintain the bonhomie after Japan gets a new PM. The gains achieved during Abe’s long rule should not be frittered away.

While continuing to be at its friendly best with Japan, India was quite firm and forthright during the talks between External Affairs Minister S Jaishankar and his Chinese counterpart Wang Yi in Moscow. Jaishankar made it clear that an urgent resolution of the LAC standoff was in the interests of both countries. China found itself cornered as it failed to give a credible explanation for the enormous troop buildup at the border. It goes to India’s credit that China has agreed on a five-point roadmap — a throwback of sorts to the well-intentioned but shortlived Panchsheel treaty — that includes early disengagement of troops and other appropriate actions to de-escalate tensions in eastern Ladakh. The proof of the pudding, of course, is in the eating. All eyes will be on China to see whether it walks the talk in the coming weeks and months or simply returns to its perfidious ways.

There is no gainsaying that Indian diplomacy has been making rapid strides towards building rather than burning bridges in consonance with the country’s resolve to ensure peace in the region. India stands to gain heft in the international arena with its two-pronged strategy of bolstering ties with allies and making hostile neighbours see reason. These are good tidings as India prepares to occupy a place at the UN Security Council high table from January next year.