Heed the Supreme Court and save the country 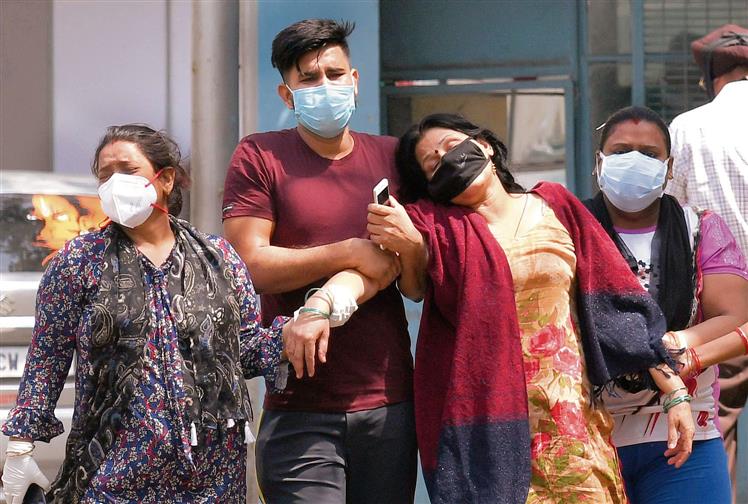 There could not be a better description of the Indian situation than the lament by the Delhi High Court on Friday: the State has failed to protect the most basic fundamental right, the right to life. The State, according to Article 12 of the Indian Constitution, includes the Central government, Parliament, the state governments, state legislatures and all local bodies; and what we witness now in Delhi and elsewhere is a total collapse of what has long been perceived as the State. The anguish of Justices Vipin Sanghi and Rekha Palli was prompted by the death of a petitioner who had sought an ICU bed in Delhi. He died gasping for oxygen.

The same day, in the suo motu hearing of the Covid crisis, the Supreme Court Bench of Justices DY Chandrachud, L Nageswara Rao and S Ravindra Bhat made several important observations and orders, which the Central government should immediately implement. The Bench has warned the state governments and their police forces not to trample on the right of desperate caregivers to air their anxieties or to call for help on social media. Certain state governments have been brazen enough to impose the National Security Act and incarcerate those who take on the government for its policies. This order invoking the contempt law should stop them in their tracks.

The Supreme Court has very pertinently asked the Central government why it is not following its own national immunisation policy and buying 100 per cent of the Covid vaccine doses. The court has rightly pointed out that pricing cannot be left to vaccine manufacturers, who cannot determine equity. Moreover, these manufacturers have received government funding, which needs to be accounted for. Most importantly, the Bench has asked the Centre to look at the possibility of importing Remdesivir from Bangladesh, which as a least developed country is allowed by the WTO agreement to produce patented drugs. Meanwhile, the government has to draw up a uniform policy on hospital admissions while ensuring hospital beds, oxygen cylinders and life-saving drugs. This is the last and final call to save the nation.