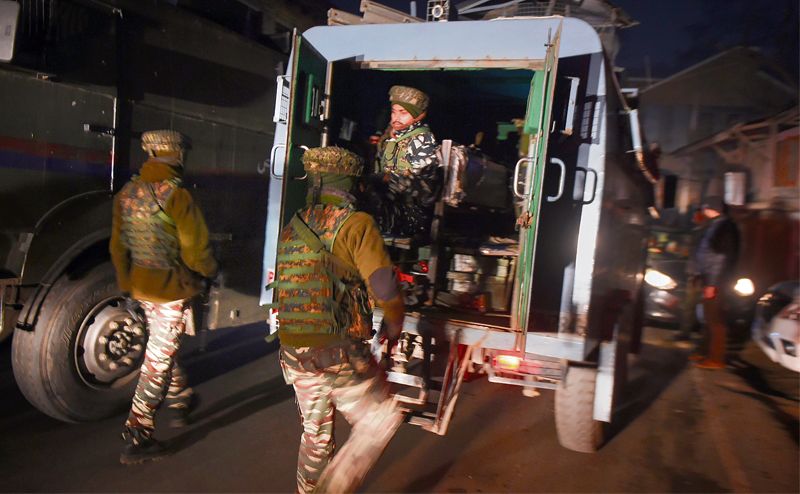 Pak-backed disruptive elements might go all out to prevent the creation of an atmosphere conducive to the polls. File photo

The terror attack on a police bus on the outskirts of Srinagar took place on the 20th anniversary of the Parliament attack, which had rocked India months after America’s 9/11 horror. Its timing is worrisome, even more so is its sheer audacity. The bus, carrying 25 police personnel, came under fire from two-three terrorists, who managed to escape under cover of darkness. An assistant sub-inspector and two constables lost their lives in the ambush, which was reportedly carried out by little-known outfit Kashmir Tigers, believed to be a front of Jaish-e-Mohammad. The Pakistan-based Jaish was responsible for the February 2019 Pulwama attack, which claimed the lives of 40 CRPF personnel.

Monday’s attack, which comes days after two cops were gunned down by terrorists in Bandipora district, has underlined that normalcy remains elusive in Jammu and Kashmir even more than two years after the abrogation of Article 370. The state-turned-UT witnessed a spate of targeted killings of civilians, including local residents and migrant workers, in October. The incidents prompted the security forces to launch several operations to eliminate terrorists. According to data compiled by the South Asia Terrorism Portal, the annual number of civilian deaths in J&K has hovered around the 40 mark in the past three years (2019-21), while the death toll of security personnel has been witnessing a decline. However, the firing on the police bus makes it clear that the security forces cannot afford to lower their guard.

The BJP-led Union government is hinting at holding the Assembly elections in J&K next year in a bid to resume the long-delayed democratic process. Pak-backed disruptive elements might go all out to prevent the creation of an atmosphere conducive to the polls. The twin challenges for the Centre would be to curb infiltrations and deprive the terrorists of local support by initiating confidence-building measures. At the same time, New Delhi, which has been seeking greater cooperation among nations to tackle cross-border terrorism, should not miss any opportunity to call out Pakistan on international platforms.