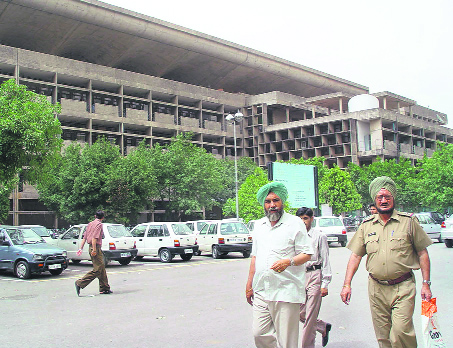 Months before the Assembly elections, the Punjab Cabinet’s decision to give government jobs to sons of Congress MLAs Fateh Jung Singh Bajwa and Rakesh Pandey has not only triggered a political maelstrom but also invited judicial scrutiny. A petition filed in public interest in the Punjab and Haryana High Court has claimed that the grant of jobs is in violation of the policy governing compassionate appointments. The state government is insisting that it’s ‘a small token of gratitude and compensation for the sacrifices of their (MLAs’) families.’ The two legislators’ fathers — who served as ministers — were gunned down by terrorists back in 1987. In recent decades, the Congress has compensated both families by allotting the party ticket to Bajwa and Pandey in successive elections. Giving employment to the third generation, and that too 30-odd years after the deaths which made the families eligible for such benefits, reeks of a pick-and-choose approach. It’s a belated step, considering that the Congress government fell short of doing the needful in many cases during its previous tenure (2002-07).

In a 2019 judgment, the Supreme Court had stated that the policy of compassionate appointment in public service was not a right, but a benefit held out by the state to rescue the family of a deceased employee from penury. The sound financial condition of the Bajwas and the Pandeys and their political clout do not make them ‘needy’ by any yardstick. Moreover, the state government should tell us how many third-generation candidates have been given jobs in similar cases.

The Congress dispensation had also been accused of arbitrariness in appointments in 2017 when former CM Beant Singh’s grandson Guriqbal Singh was recruited as a DSP. A party that was voted to power on the back of promises such as ‘Ghar Ghar Rozgar’ (one job per household) needs to convincingly counter allegations of favouritism. Otherwise, the ruling Congress, already beset by infighting, will only do more damage to its credibility with such controversial moves.