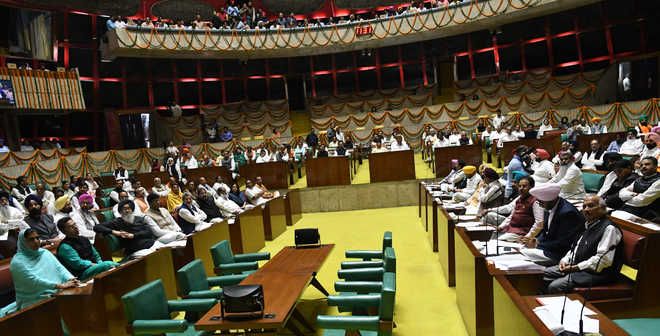 Have we elected lawbreakers as our lawmakers? We will not know that for sure until the trials of the criminal cases filed against the rising numbers of MPs and MLAs are urgently expedited and verdicts delivered. The recent report filed in the Supreme Court is a shockingly sad commentary on the criminal tendencies and antecedents of thousands of representatives occupying the hallowed seats in Parliament and state Assemblies. The figures speak for themselves loud and clear. Even after the disposal of 2,775 cases since December 4, 2018, the cases against lawmakers have increased from 4,122 to 4,984. Of these, 1,651 cases concern heinous crimes.

With the investigations progressing at a snail’s pace, the interim period provides the accused leaders a prolonged phase of a semblance of immunity. It puts a question mark on the intent of the authorities concerned to urgently try the tainted leaders who seem to be functioning in a bubble where ‘nothing happens to them’. Also, despite the SC directions, most states have been laggards in adhering to the apex court’s advisories issued in the past four years. They include the constitution of special courts to try such cases and equipping them with the necessary infrastructure, as also the setting up of monitoring committees to probe the criminal delays. In response to the Punjab and Haryana High Court seeking details about cases pending against sitting and former MPs, MLAs in March 2021, it came to the fore that 163 such cases were pending in Punjab, 21 in Haryana (including two against ex-MLAs of Himachal Pradesh), and seven in Chandigarh (all against Punjab leaders).

With Punjab going to the polls on February 20, the analysis by the Association for Democratic Reforms (ADR) and Punjab Election Watch is revealing. It has found that 16 (14 per cent) MLAs of the present Vidhan Sabha have declared criminal cases against themselves, with 12 of them being serious criminal cases, like murder, attempt to murder and crimes against women. The multi-cornered, high-stakes poll battle is seeing many such cases being raked up by rivals. Alas! Why the importance of being above board only during poll time?