Lessons from the US

Kamala Harris is a shining exemplar of power of pluralism 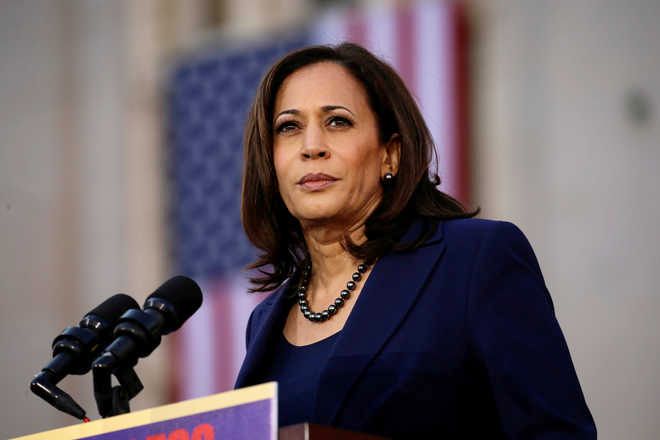 There are certain moments in public life that define the character of a society and exemplify the integrity of its systems; the choice of Kamala Harris as running mate for Democratic presidential candidate Joe Biden is one such for the United States of America. She is many things rolled into one: the first black woman vice presidential candidate; a first-generation politician; child of mixed parents; a woman who made it to the top with no father, family or husband to lend a powerful surname. But most importantly, she represents the best about the US society. She has just proven that it is indeed the land of infinite opportunities for outliers who seek and strive. Hers is a success story nonpareil. Sure, she is the child of two academicians; one an economics professor and the other a cancer researcher. Yet, she made it big in law on her own to become San Francisco’s district attorney, California’s first woman Attorney General and then United States Senator for California.

Indians are rightfully gleeful about Harris’ India connection. But they miss the points of inclusion, diversity, civil rights, empowerment and integration that underpin the India connection in Harris’ life story. Half black Jamaican and half Tamil Brahmin, Harris is a symbol and lesson against majoritarian exclusivist politics that the current Indian dispensation would benefit from. Writing about herself on the US Senate website, Harris says she has spent her lifetime fighting injustice. No wonder she identifies herself as African-American and not an Indian-American.

Along with African-American icons Thurgood Marshall, Constance Baker Motley, Charles Hamilton Houston, all legal legends, Harris counts Shyamala, her Indian-American mother, as her primary source of inspiration. This ought to be a conundrum for those racist Indians who claim a ‘brown’ status to condescendingly distinguish themselves from black people. Worse, this ought to be a diplomatic thorn in the Indian Government’s side as it battles accusations of minority-bashing at the international fora. Harris is a shining exemplar of the power of pluralism; something India, a nation of diverse races and religions, used to cherish all along.