With two deputy CMs, BJP shows who is in charge 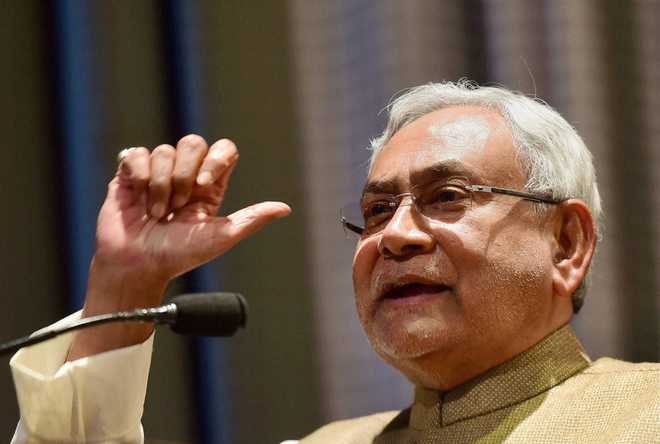 ON November 5, the last day of campaigning for the third and final phase of the Bihar Assembly polls, Chief Minister Nitish Kumar caused a flutter by declaring that this would be his last election. Citing the JD(U) leader’s past flip-flops, his detractors dubbed the announcement as a desperate ploy to win the sympathy of voters and somehow buck anti-incumbency. In any case, it’s rather rare for an Indian politician to talk about retirement, let alone actually quit the scene. Nitish may or may not be in the fray five years hence, but there is no denying that the current term would be the toughest for him so far in a long career. Sworn in as CM on Monday for the fourth straight term, he is set to play second fiddle to the BJP, now the senior partner of the coalition.

The BJP, which narrowly missed becoming the single largest party in Bihar, has firmly established the balance of power by picking Tarkishore Prasad and Renu Devi as deputy CMs. This model is already operational in Uttar Pradesh, where the party had recorded a landslide victory in the 2017 Assembly elections. The key difference is that in Bihar, the deputies might function as de facto CMs, riding on their party’s dominant position. With the BJP’s high command having played a big role in the NDA’s victory, Nitish could find himself under relentless pressure from the ally’s leaders in Patna as well as New Delhi.

The fact that the RJD has emerged as the single largest party leaves Nitish with very little room to explore other options. The BJP now has the luxury of taking credit for all the good work and blaming Nitish whenever things go wrong. Though the JD(U) chief stays the CM, Bihar is now essentially a BJP-ruled state. And the voters have every reason to expect special treatment from the Centre in terms of welfare schemes and development works. It could prove to be a win-win situation for Bihar residents, provided the BJP-JD(U) combine ensures a strong and stable government as well as good governance.