No US sanctions : The Tribune India 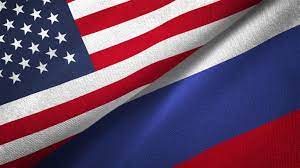 WITH the decks being cleared for an India-specific waiver of sanctions under a United States law that imposes punitive action against countries buying weapons from Russia, there is much to take comfort from another diplomatic high point after warding off an upset West over the cheaper oil buyouts from Moscow. However, the limits of the likely breakthrough would not be lost on New Delhi as it tries to counterbalance its strategic partnerships. As the Ukraine war tests the international order, the benefits of cooperation may have prevailed over the costs of disagreement, but viewing the development as a paradigm shift in Washington’s ideological stance would be an exaggeration.

The Countering America’s Adversaries Through Sanctions Act (CAATSA) had become a sticking point in India’s deal to secure the Russian S-400 missile defence system, threatening to disrupt ties cultivated with extra care by the US over more than two decades in a bid to check China’s increasingly assertive influence in Asia. After Turkey, a NATO ally, concluded a similar deal in 2017, the US banned it from buying the F-35 stealth fighter, which the S-400 system is partly designed to counter. Expecting India to forgo Russian arms is unrealistic in the short to medium terms; the practical rationale of lower costs, time-tested weapon systems and reliability plays a huge role in the dependence on Kremlin.

China’s military modernisation and expansion, with an aim to cement its global power projection capabilities, is a challenge central to both democracies. Since the beginning of the Ukraine-Russia war, India has been aggressive in defending national security and foreign policy decisions taken squarely in its interests. The Ro Khanna amendment, while affirming America’s defence partnership with India, asks for additional steps to encourage the US to take a larger strategic view over India’s defence requirements. New Delhi, on its part, would expect President Biden to prevent issues such as CAATSA looming large over every Indian arms purchase from Russia. 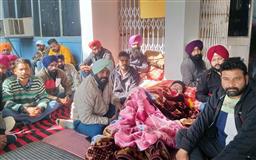