Rajasthan govt on the edge 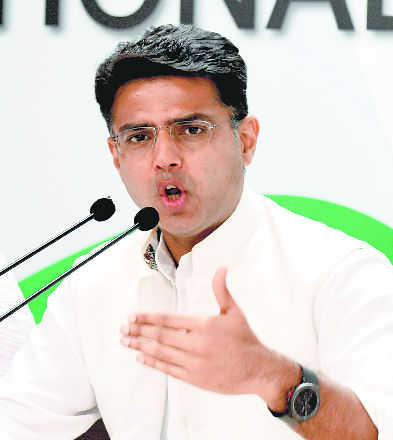 Blackmail and brinkmanship are bad strategy in politics. Even in a corporate environment, few employers accept the whims and fancies of an employee who threatens to derail one’s own enterprise or help a competitor. Former Deputy Chief Minister of Rajasthan Sachin Pilot, a Wharton Business School graduate, should have known better. Like a compulsive gambler, he staked his dynastic credentials, proximity to the Gandhi family, his goodwill and fair name playing bluff with his party leadership, eventually losing his positions as Deputy CM and Pradesh Congress Committee president.

From the beginning, Sachin Pilot’s attempt seemingly has been to bait the BJP with the prospect of toppling the Ashok Gehlot government; and then with the BJP apparently biting his bait, he was bargaining with his own leadership. All he wanted was the Chief Minister’s post with no ideological or issue-based battle with the incumbent. This naked greed for power with no political façade was something new even for the Grand Old Party, which has always been a coalition of factions.

Sachin was really in the pilot’s seat and there was absolutely no need for a crash-landing. At 42, he was a strong satrap holding the reins of the government and the party organisation in a state which keeps trying out the BJP and the Congress every five years. Even with Gehlot as CM, Sachin was second to none and had only to engage with the masses and display his proficiency in governance to be in the reckoning not just in the state, but even at the Centre. Yet, he was in such a hurry that he had to destabilise his own government, issuing threats and conditions to his leadership, showing complete contempt towards the organisational hierarchy. No self-respecting leadership could have acceded to his demands for the post of Chief Minister, Home and Finance portfolios and ministerial berths for his lackeys. Now, the Rajasthan Government is surviving by the skin of its teeth, and if it fails the floor test, the blame will fall squarely on the Sonia-Rahul leadership. Hence, it is important for the mother-son duo to get a grip on the organisation.