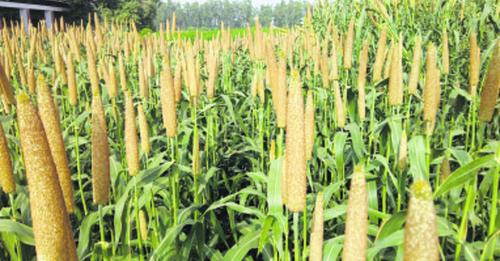 BEING the granary of millets, with an estimated share of around 41 per cent in global production, it is but natural that India should be taking the lead in promoting worldwide the use of millets in 2023 — that has been declared the International Year of Millets (IYoM) by the United Nations General Assembly. In fact, after having harvested success in 2018, its national year of millets, it was India that proposed the IYoM to the UN. With the aim of alleviating malnutrition and micronutrient deficiency among the poor, the Government of India had introduced millets in its Poshan Abhiyan after notifying them as nutri-cereals in 2018. The emphasis on millets led to 27 per cent growth in their production in 2021-22 in India compared to 16 million metric tonnes produced the previous year.

On India’s plate now is a wholesome treat that it is going all out to share with the world by roping in various agriculture and crop research agencies, as also its embassies, to forge market linkages to put millets on the global map. It is also encouraging related startups and food processing businesses. For, having a variety of millets — jowar, bajra, ragi, etc — as its staple grains till the 1960s, when wheat and rice upset the traditional food cart — India holds the key to making the best recipes of this nutritious food crop. Millets are called ‘super food’ as they are rich in dietary fibre and have a high density of vitamins, minerals and phytochemicals, besides carbohydrates and proteins. In particular, they are the lifeline of celiac disease patients and are known to keep at bay ailments such as diabetes and hypertension.

It is also important to develop, research and promote millets because these crops, which don’t require high-quality soil or too much water or time to grow, are soothing for our stressed planet. While catering to the increasing population, they would also be beneficial as food security is becoming a key issue in the climate change scenario.