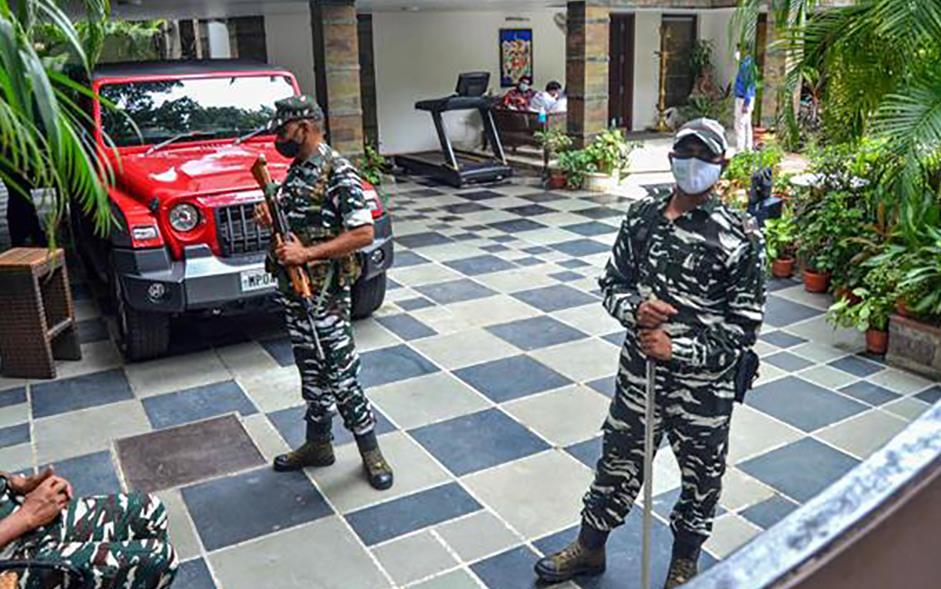 Every action has a message, particularly when the actor is the Government of India. About 100 sleuths from the Income Tax Department swooped on the offices of India’s biggest Hindi newspaper, Dainik Bhaskar, in Madhya Pradesh, Maharashtra, Chhattisgarh, Gujarat and Uttar Pradesh in a series of searches starting at 4 am on Thursday. The residence of Bhaskar’s promoter Sudhir Agarwal, too, was raided. Similarly, IT officials landed up at the offices and residences of Bharat Samachar TV channel’s owner-editor and UP state head in Lucknow the same day. Information and Broadcasting Minister Anurag Thakur said the ‘agencies were doing their own work and there is no interference’.

However, Dainik Bhaskar and Bharat Samachar believe that this is no routine IT investigation. They strongly contend that this has to do with their coverage of UP’s Covid second surge. Bhaskar had run a number of stories on the floating corpses on the Ganga and the makeshift graves on its banks, exposing the UP government’s gross ineptitude and under-reporting of deaths. Its Editor also wrote an opinion piece in New York Times, titled ‘The Ganges is returning the dead, it does not lie’. Bharat Samachar insists that the TV channel is being punished for its coverage of bodies on the Ganga, the oxygen crisis and the Hathras rape.

This was one controversy the government could have done without while it was battling accusations of phone tapping in the Pegasus expose. The timing of these IT searches across the country has led the Opposition to claim that the government is intimidating the media. Synchronised raids at two media houses that have been critical of the government would obviously only lead to such conclusions, particularly in an atmosphere of distrust created by the expose of snooping on the country’s Opposition leaders, activists and media professionals. Mainstream Indian media has always exercised its freedom with utmost responsibility to the extent of being termed tame by the Opposition. If it is still being targeted, if the claims of victimisation are true, the government ought to leash its agencies immediately and reassure the media fraternity.