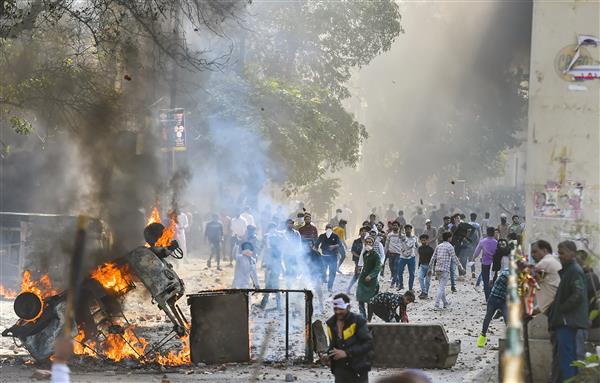 The Delhi Police’s handling of the investigation into the riots in Northeast Delhi in February has been hitting the headlines for all the wrong reasons, inviting charges of bias and mala fide intentions. It has sparked another controversy by naming CPM general secretary Sitaram Yechury, Swaraj Abhiyan’s Yogendra Yadav, economist Jayati Ghosh, DU professor Apoorvanand and documentary filmmaker Rahul Roy in a supplementary chargesheet. The police claim the names only figure in a disclosure statement by the accused (which is not admissible as evidence in a court of law). However, it is hard to dismiss Yadav’s allegation that the aim seems to be to try ‘very hard’ to drag all anti-CAA protesters into the circle of conspirators. Yechury has termed the move ‘misuse of state power’ and accused the BJP of being scared of ‘legitimate’ and peaceful protests.

The original chargesheet was against Pinjra Tod members Devangana Kalita and Natasha Narwal and Jamia Millia’s Gulfisha Fathima in connection with the violence at Jafrabad, where an anti-CAA sit-in was held before the riots began. The supplementary chargesheet, citing disclosure statements of Narwal and Kalita, says both were given directions by Ghosh, Apoorvanand and Roy to protest in different parts of Delhi against the CAA and the NRC. Yechury and Yadav have been named in Gulfisha’s statement of taking part in anti-CAA demonstrations to ‘provoke and mobilise’ crowds. Is there an attempt to bracket the protesters with rioters and teach a lesson to those who stood up to the government against the new citizenship law?

A former top cop’s letter to the Delhi Police Commissioner points out that action is being taken against ‘peaceful protesters’ while ignoring senior BJP leaders who made provocative, communal speeches in the build-up to the violence. ‘True patriots’, he adds, are being entangled in criminal cases. The police would have a forceful rejoinder ready, no doubt, but the onus lies squarely on it. An investigation coming under a cloud is a huge disservice and severely dents the image of a professional force.