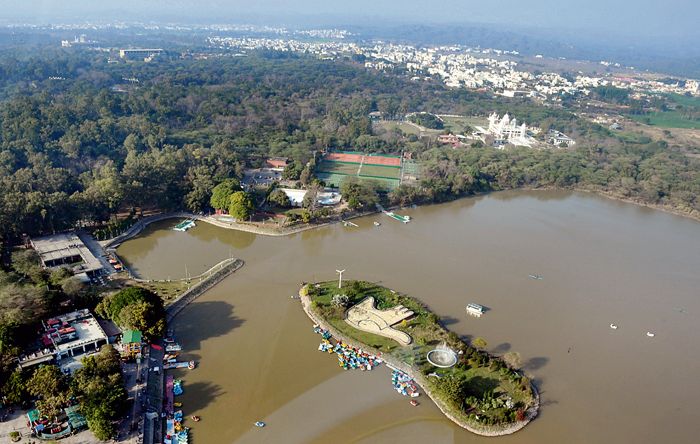 Of the slew of directions passed on Monday by the Punjab and Haryana High Court to restore the glory of the Sukhna Lake, the one regarding the demolition of all structures that have come up illegally in the ecologically fragile periphery of the lake within three months is, perhaps, the most significant. For, not only is it an immediate vindication of right over might, but also a potent long-term deterrent. Riding roughshod over laws in place to protect the Sukhna catchment area and wildlife sanctuary, the Punjab, Haryana and Chandigarh authorities have over the years been arbitrarily bestowing clearances and permissions for construction activities in their respective areas. The officials guilty of this must be held accountable. Notably, this is the second judicial blow to Punjab functionaries in the past three months. In November, while scrapping the multi-storied Tata Camelot housing project proposed to be developed in the Sukhna eco-sensitive zone in which 95 MLAs were also to be the beneficiaries of flats, the Supreme Court had castigated the officials concerned for failing to uphold the doctrine of public trust. Despite opposition from many experts and Chandigarh’s activist citizens, the project had received the governmental go-ahead.

Now, with the HC designating the Sukhna Lake a juristic entity and making the citizens the ‘loco parentis’ to protect its right to live on, the residents are duty-bound to ensure that the administrators pull all stops to implement the directions. It essentially entails wetland preservation as well as maintenance of proper water quality and quantity in the lake. Even as the residents have been lending their hand in the government’s desilting programmes, the intended result has been short term. The new verdict aims to correct that and weed out the deficiencies in the programme.

The SC has been demonstrating its sensitivity and resolve to tackle environmental degradation and wildlife degeneration by prohibiting urbanisation at the cost of regulatory rules. In January, following the court’s firm order, four illegal waterfront high-rise apartment blocks at Maradu in Ernakulam district of Kerala were razed to the ground for violating stringent coastal zone regulations.

Snow in Shimla and adjoining areas; 147 roads blocked in Himachal