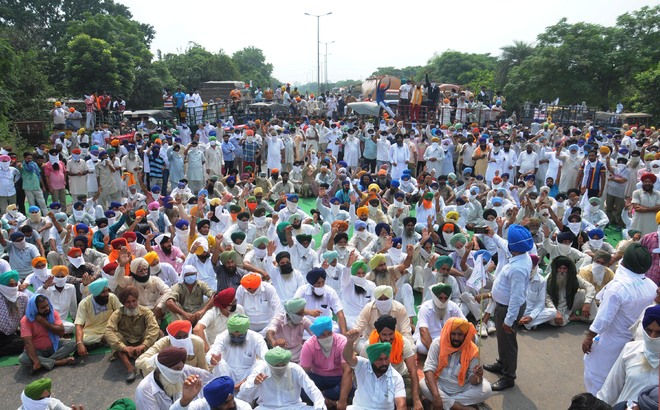 The much-awaited meeting between the Union agriculture secretary and representatives of farmers’ organisations from Punjab turned out to be unproductive, if not counterproductive, laying bare the disconnect between the government and the protesters. The leaders of farm unions took exception to the absence of Agriculture Minister Narendra Singh Tomar and his deputies and decided to intensify their agitation against the recently enacted farm laws. Tomar was quick to claim that nothing was amiss as the meeting had been scheduled only at the secretary level. Considering that his ministry had itself called the union leaders to New Delhi for talks, it’s inexplicable why no minister was around to hear them out. In contrast, the Centre has deputed eight Union ministers to hold virtual rallies over eight days (from October 13) to reach out to the farmers of Punjab. Union Minister of State for Agriculture Kailash Choudhary conducted an online interaction intended for farmers of Sangrur and Barnala districts on Wednesday, the day disgruntled union representatives walked out of the in-person meeting with the secretary at Krishi Bhawan.

It’s clear that the Centre has so far failed to convince farmers about the potential benefits of the new legislations. The ploy of passing off the stir as being Punjab-centric — even though there is growing resentment across the country — has also come a cropper. The all-important exercise of engaging with the stakeholders is being carried out now, over four months after the contentious laws were introduced as ordinances during the lockdown.

With farm unions deciding to lay siege to the houses of BJP leaders, the ruling party will find it harder to turn the tide. Merely reiterating that agriculture is the government’s top priority won’t help. Vilifying farmers’ leaders or Opposition parties will only defeat the purpose of holding a meaningful debate. The powers that be should be open to suggestions, recommendations and if required, course correction. On their part, various farmers’ organisations need to work cohesively to achieve common goals. A middle ground has to be found at the earliest; otherwise, the normally resilient agriculture sector might struggle to spur India’s economic recovery.