US has put all its eggs in the ISI-Taliban basket 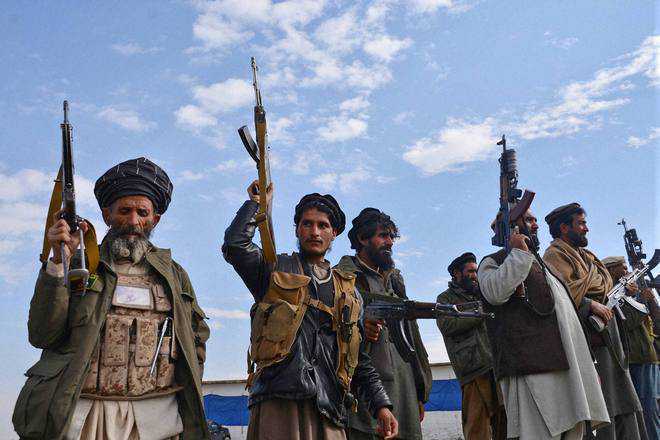 IT was at the fag end of a press conference by US President Joe Biden that the White House’s narrative about the unexpected collapse of the Afghan army having caught the Americans unawares came apart. In the process, the US may have put at risk the lives of over 10,000 of its citizens and loyal Afghans, besides nationals of other countries, including India. Replying to a question on whether the US will be able to get all its citizens out of Afghanistan, Biden said, ‘We’ve been in constant contact with the Taliban leadership on the ground.’ It was then that an unscripted question rang out: ‘Why do you continue to trust the Taliban, Mr President?’ Biden turned his back to the podium and did not reply.

The US had sounded the death knell for the democratically elected Afghan government after the Doha talks with the Taliban. The Kabul dispensation, on life support from the West, was made to look further emasculated by the Americans biting the ISI bait of an engagement with the Taliban. For all the satellites in the sky and watchers on the ground, including militias run by the CIA, the Americans seemed to have no inkling of the collapse of the will of the Afghan army or the setting up of well-oiled supply lines from Pakistan that sustained the Taliban advance.

There are conspiracy theories about how the Americans had actually willed a Taliban takeover, which is why the Afghan army folded up the way it did. The truth may never be revealed. But what is known is that US Secretary of State Antony Blinken had to thank, at the last count, a dozen countries, including bête noire China, for the safe transit of Americans and other foreign nationals. Meanwhile, the Taliban are dismantling abandoned US military equipment and transporting it to Pakistan, undoubtedly for onward transmission to China. The US has not just hurt itself by accepting the assurances from the Taliban and the ISI; it has ruined the results of assiduous developmental work by countries such as India, besides leaving their citizens in Afghanistan in peril.