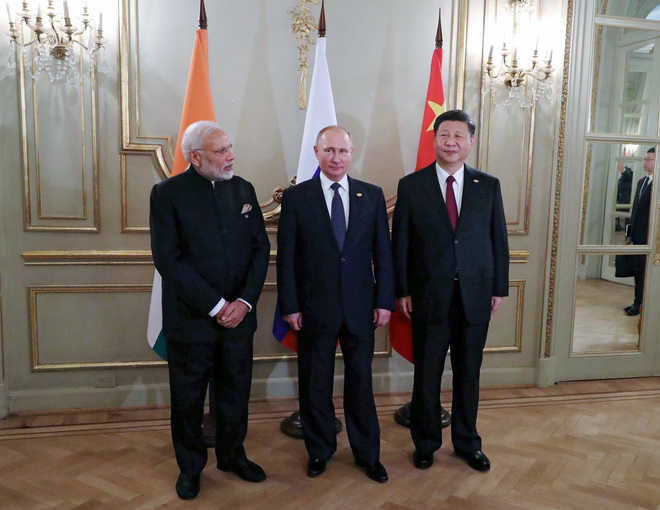 India's relations with its northern neighbours are on a downswing. With China’s expansionist encroachment and Nepal’s cartographic aggression, Indian diplomats now face new challenges. Defence Minister Rajnath Singh’s assertion that the country is trying to resolve the conflict with China through talks is a welcome reaffirmation of the diplomatic process. It is also a step to cool down the overtly nationalistic jingoism that has the potential of steering the discourse towards a non-tenable position.

Nepal has shown an unusual eagerness to adopt a confrontational tone, despite India extending an olive branch. It is hard to ignore the possibility of the government in that country being susceptible to influences inimical to Indian interests. The special status that Nepalese people enjoy in India, including being allowed to serve in the Indian Army, and the traditional ties that the two nations have, all will, no doubt, work in favour of finding a resolution to this issue. However, both sides will have to climb down from their stated positions to work out a compromise. For this, they would have to prepare the political ground too.

Diplomacy is all about exploring options and finding allies. India has wisely eschewed third-party intervention offers. However, the Russia-India-China virtual meet scheduled for June 22 will provide a platform for External Affairs Minister S Jaishankar to meet his Chinese counterpart Wang Yi. This would allow the two sides to take forward the initial gains made by the military-level talks held earlier. The minister enjoys the confidence of the Prime Minister and is a seasoned diplomat. More than anyone else, he knows how to walk the talk and deploy the tools of diplomatic engagement in furtherance of the nation’s objectives. The country’s political establishment should project a united stance when faced with such foreign challenges. While the government has taken the necessary steps to tone down the rhetoric, it needs to take the Opposition into confidence, even as its diplomats continue the delicate task of furthering national interest through talks and negotiations.