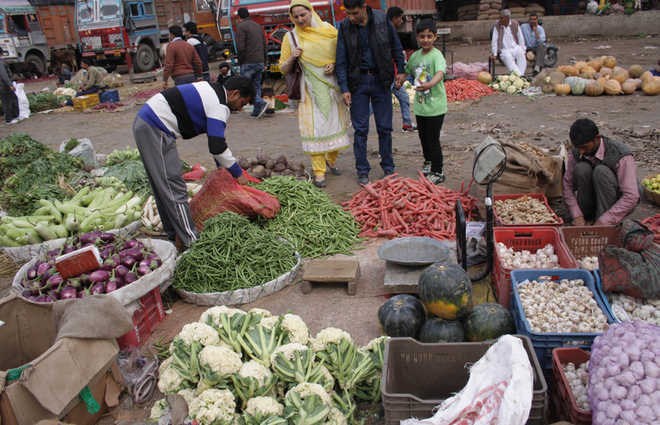 AMID a global economic slowdown triggered mainly by the Russia-Ukraine war, ever-rising food and fuel prices have pushed India’s retail inflation to an eight-year high, while consumer food price inflation has shot up to its highest mark in 17 months. - File photo

AMID a global economic slowdown triggered mainly by the Russia-Ukraine war, ever-rising food and fuel prices have pushed India’s retail inflation to an eight-year high, while consumer food price inflation has shot up to its highest mark in 17 months. It was in May 2014, when the NDA took charge at the Centre, that retail inflation was higher than the present figure. This underlines the enormity of the challenge the government is facing now. Making matters worse, core inflation, which factors in the costs of goods and services excluding those from the food and energy sectors, has reached a 95-month high. The going is exceedingly tough for Indian economy, and no immediate respite seems to be in sight, raising the likelihood of another hike in repo rate by the RBI — the second in as many months. The writing is on the wall: the International Monetary Fund, leading brokerage Morgan Stanley and other entities have downwardly revised their forecasts for the country’s GDP growth in the 2022-23 financial year.

The war in eastern Europe has dashed India’s hopes of a robust economic recovery after the country seemed to have weathered the prolonged Covid storm reasonably well. Now, things are back to square one. The revival of demand and consumption, both lacklustre as of now, holds the key to putting growth back on track. Inflation has a direct bearing on the purchasing power of the people. The more they cut down on spending, the more the investor sentiment will weaken.

Even as the RBI tightens the pursestrings, the onus is on the Central and state governments to provide some relief to the masses. For a start, there is a need to build consensus on reducing taxes on petrol and diesel. India’s Atmanirbharta goal will be put to the test as global supply chains continue to face disruptions. Reducing dependence on imports, wherever possible, can spare domestic prices from frequent fluctuations. Sustaining exports amid geopolitical upheaval is another task that demands long-term attention in order to turn the tide.