The arrest of Disha Ravi

Rule of law not a concession given by State to citizens 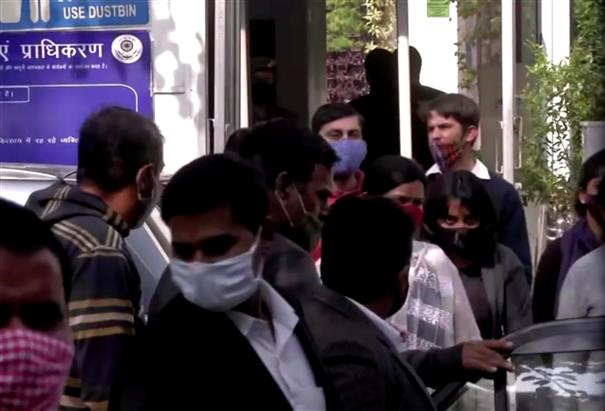 Young activist Disha Ravi’s arrest in Bengaluru in the ‘toolkit case’ and the subsequent order of a Delhi court sending her to five-day police remand have raised certain serious questions which go much beyond the usual debate over free speech and right to dissent. The proceedings before a Duty Magistrate in New Delhi in this case have exposed procedural loopholes that go against the rule of law — considered to be a sine qua non in a democracy. Allegations are that the 22-year-old woman was not represented by a counsel of her choice at the time of the hearing. If true, it’s a serious procedural lapse. Ideally, she should have been allowed to have her own counsel. Article 22 of the Constitution insists that no person who is arrested shall be denied the right to consult and to be defended by a legal practitioner of his or her choice. Questions have also been raised over the Delhi Police not seeking transit remand to bring her to the national capital from Bengaluru.

The world watched Ajmal Kasab killing innocent people in Mumbai in the 26/11 terror attacks. But instead of executing him summarily, the Indian judicial system gave him a proper trial. That displays our commitment to constitutional values and the rule of law. Article 21 says, ‘No person shall be deprived of his life or personal liberty except according to procedure established by law.’ In Maneka Gandhi’s case (1978), the top court said, ‘The procedure prescribed by law has to be fair, just and reasonable, not fanciful, oppressive or arbitrary.’

Notwithstanding the nature of the allegations, her rights as an accused or a detenu can’t be given the go-by. Also, procedural justice is equally important. The alleged lapses need to be looked into and corrected, if needed, by superior courts. The rule of law is not a concession given by the State to its citizens, and, therefore, it must not depend on the benevolence of the law enforcement agencies. Courts are expected to exercise checks on the misuse of powers by the executive — particularly those affecting the most cherished right to life and liberty guaranteed under Article 21 — to ensure that the rule of law is preserved and protected.