Tragedy in the hills : The Tribune India

Tragedy in the hills

Urgent steps needed to save ecology and lives 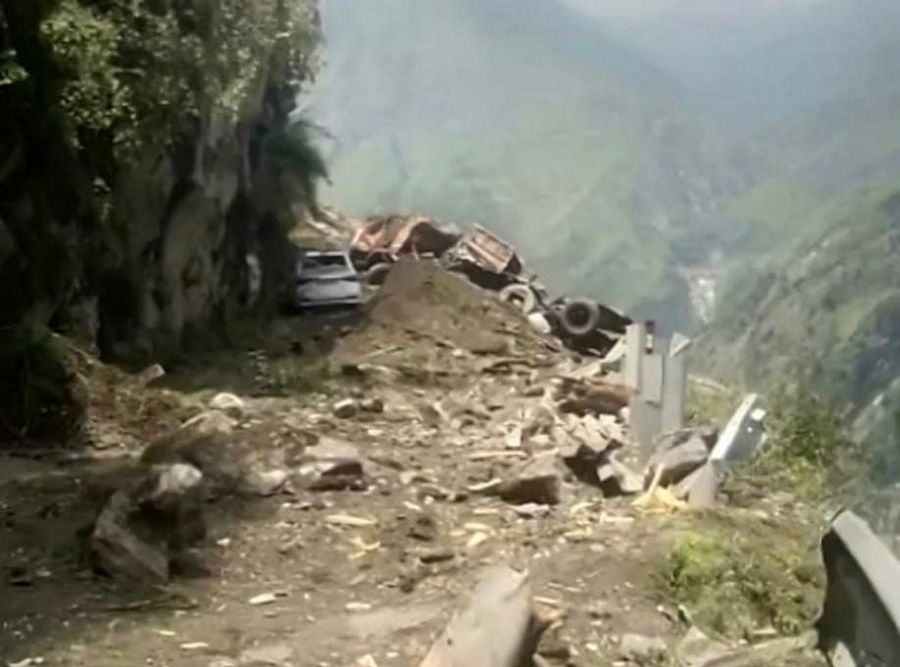 The tragic loss of lives in a landslide near Nigulsari in Kinnaur district of Himachal Pradesh is yet another reminder of the fragile ecology of the Himalayan ranges — which are still rising by over 1cm every year — and the dangers of tampering with the natural ecosystem. Four major perennial rivers originate in or traverse through steep hills of Himachal Pradesh, and they are fed by countless tributaries. The state, thus, is anyway vulnerable to natural disasters such as floods and landslides — add to it human intervention in the name of progress and the impact of global warming, and the recipe for disaster is complete.

In 2019, a parliamentary committee noted that the state has the potential to double its hydropower generation, and Kinnaur, through which the Sutlej passes, has been the focus. A study conducted by environmental group Himdhara in 2012-16 showed that the ecology of Kinnaur had been adversely affected by the hydropower projects in the region — 90 per cent of forest land diverted for non-forest activities between 1980 and 2014 was used for them. Construction activity — which includes tunnelling and blasting of the mountains — has impacted the ecosystem. The study found that of the compensatory afforestation, less than 10% saplings survived. Due to changed rainfall patterns, the region has been getting abnormally high rainfall — continuous rains and steep hills lead to loose soil and rolling boulders.

Landslides have been a way of life in Himachal, but the level of human exposure to risk of disaster had remained low due to the state’s low population density. However, due to a big push for construction of infrastructure and roads, and the resultant increase in human settlements and road traffic, more lives are in danger than ever before, especially during rains. The state’s Disaster Management Plan of 2017 listed several ‘landslide risk mitigation’ measures — including stabilising of hill slopes, afforestation and early warning systems. If implemented fully, these measures could reduce risk to life and property. If that is not possible, the least the state could do is to close the dangerous roads for all but emergency traffic during rains.