Gangster in police net, but some clarity needed 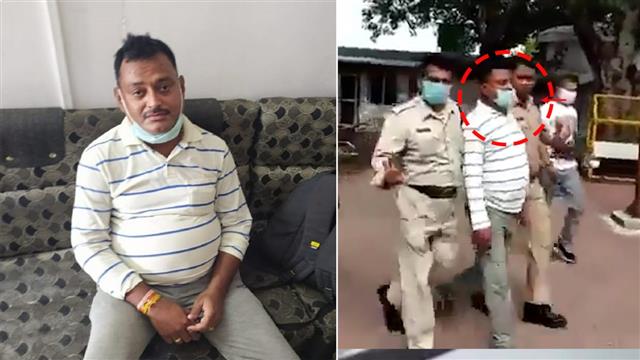 The arrest of gangster Vikas Dubey from Ujjain in Madhya Pradesh has come as a shot in the arm for the police force. Ever since the encounter at Kanpur in which eight policemen lost their lives, the heat had been turned on and the gangster was on the run, knowing he would not be able to avoid the dragnet for long. But clarity is needed on a few points. The first pertains to the circumstances under which he was taken into custody from near a temple, considering that the Uttar Pradesh Police were hot on his heels and had managed to eliminate his key aides.

Secondly, how did the gangster manage to easily travel across state borders, from UP to Faridabad in Haryana — where he also tried to check into a hotel using a fake ID — and then to Ujjain? At a time when movement is not without restrictions, such show of impunity may well indicate the kind of patronage he enjoys. For the UP Police that have been facing criticism over their tactics and handling of protests over the Citizenship Amendment Act, the arrest will come as a reprieve, though the fact that it was their Madhya Pradesh counterparts who effected the arrest will take away some of the gloss.

The incident shows that the police can act if they decide to despite their many shortcomings. The state would do well to push ahead with steps to rejuvenate the force. Their requirements should be looked into and augmented. The police, by and large, are not an organisation where the lower rungs are taken care of. They have to deal with the civilian populace that exposes them to scrutiny and criticism, while requiring restraint that can get translated into indecisiveness caused by interfering politicians. That it has taken the killing of their own to have spurred the police into action should convey the message to the force, not just in UP but in all states, that rotten eggs within a force can lead to a deadly ambush one day.