Challenges could mount, not reduce 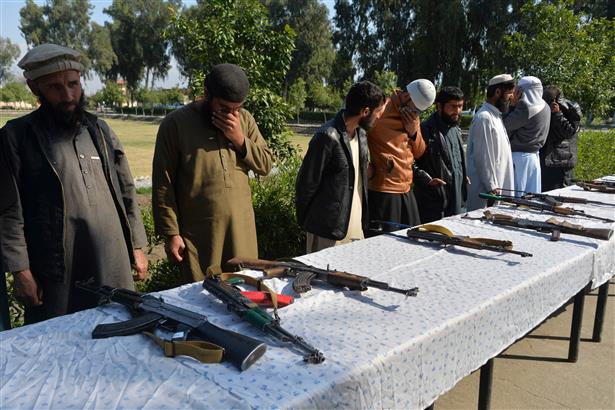 THE laws of probability are tested all too often in world affairs. So, despite a once-inconceivable deal being signed between the US and the Taliban, no one is ready to label it as a ‘peace’ accord. The homecoming of American troops after a grinding 18-year conflict, the country’s longest-ever, fits neatly into President Trump’s re-election campaign, but the imponderables for the other stakeholders could increase, not decrease. The Taliban may have agreed to address the core issue of its links to al-Qaeda — the primary reason for the US invasion in 2001 — but the biggest challenge would be the separate ‘intra-Afghan’ talks.

It would be wishful thinking to expect Taliban 2.0 to champion the cause of a democratic modern Afghanistan, shedding its vision of an ‘Islamic emirate’ and the frightening public display of its version of how life ought to be lived, particularly by women. If in the rush to exit, the US limited itself to initiating talks between the militant group and the Afghan government, without waiting for the conclusion even if it were middle-of-the-road, the unsettling power play could result in greater unrest in the entire neighbourhood. Already, New Delhi is pushing all diplomatic buttons as it confronts the dynamics of a new power arrangement in the war-torn country, with the prospect of minimal influence looming large. The imminent danger posed to India by the ‘laid-off’ hardened recruits of the Taliban terror factory is a cause for concern.

As the casualty figures in the bloody stalemate in Afghanistan mount by the day, there has been a growing realisation that neither the government backed by foreign troops, nor the Taliban is capable of an outright victory. For the Afghan people, who have suffered immeasurably for decades together, not giving peace a chance and a resultant reduction in violence would be a costly missed opportunity. To that end, the Doha pact does hold hope. The worry is what next if the deal were to fall through.